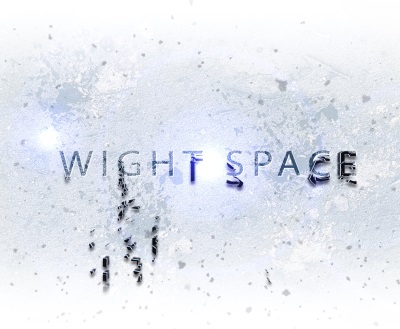 Wight Space will introduce you to a world in the distant future, finding ghosts repopulating society. Software corporations, with the technology to rid them from your home, market their systems with a high price tag. Only the wealthy can afford to keep their homes ghost free. The rest of the public is forced to wait months for a government agency, Spirit Expiration Service (SES) to locate, contain and remove their unwanted spirits.

I caught up with the show’s creator, writer, producer, director, editor and sometimes DOP. Luckily for me, they were all the same person.

This series is the brainchild of Ric LaFollette. He had the idea for the show a long time ago but waited to write the script until this past summer.

Why did you take on so many roles to get this production off the ground?

Because it was financed out-of-pocket, it was necessary to take on those roles in order to keep costs down.

How many episodes are in the can and how many more are scheduled to be done?

We are currently finished three episodes. I want to complete between six and 10 episodes per season. I would have finished the fourth but injured my leg quite badly while filming it. Once I’m healed up we’ll be back on location.

Ric tells me he has been blessed with great performers he found on Vancouver Actors’ Guide.
It’s all coming to fruition.