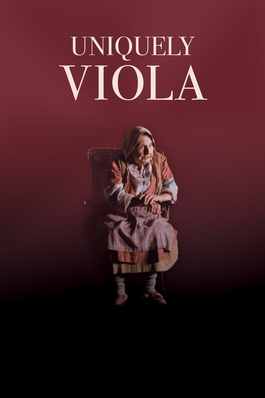 Have you been to the theatre lately? Not to see a movie but rather, a performance that is unforgettable and stays with your memories long after the curtains close and the applause have faded into silence. If you’ve ever been privileged enough to be seated in the audience on a night when 85 year old Viola Leger was performing in La Sagouine, you can consider yourself blessed. Your memories will thank you for placing a piece of velvety softness amongst a cluttered, techno functioning, TV wasted, sleep deprived and over heated mind we sometimes call our sanctuary. Perhaps I’m being to revealing. It happened to a friend of mine.

Viola Leger has been performing her character in La Sagouine, an Acadian cleaning lady in rural New Brunswick, through a collection of monologues, for over forty years. The show is one hour and forty-five minutes of performance bliss. Viola never misses a beat. With over three thousand accounts of La Sogouine, she would sometimes perform the monologue with a slight variation depending on the location. She is a star in her home town of Moncton, NB as well as being celebrated all over Quebec, Canada. She is the epiphany of dedication as well as a living portrait of art. The play was written by award winning playwright Antonine Maillet.

Viola was recently the subject of a feature documentary, Uniquely Viola. It celebrates her life as well as her contributions to theatre. She is responsible for filling seats night after night and year after year, reaching young actors in a way that only a true mentor could. She has given the world a legacy that will live on for eternity. I was fortunate enough to speak with Jac Gautreau, producer of Uniquely Viola. He lives in Moncton NB, which is largely a Francophone population.

“How did you get involved in the documentary?”

“I was fairly new with the NFB and upon getting involved, I had heard about the pitch by Rudolphe Caron. Having worked with Rudolphe on past productions, I asked him more about it. Once he told me about Viola, I loved it and thought it was a very unique idea. I was very happy to get involved and help it to get produced. This is my first documentary. I come from a live television and music award show background.”

Jac tells me that they used a small intimate film crew of three. Rudolphe had won over Viola’s trust enough to allow Viola, the person behind the performer, come out. Rudolphe wanted the world to know and appreciate Viola, the woman that was once a nun. If that is a hard one to swallow, she was also a senator for four years. Viola Leger was a huge proponent for the Acadian Arts. In addition to her talents, she was the first Acadian performer in Quebec. Twenty three shows per month has earned her much respect and honor amongst the performing arts society. Inspiring young actors everywhere she goes.  There even have a theme park dedicated to her character in the play. It operates in the summer.

Rudolphe was privileged to follow Viola around for forty days. The documentary is seventy five minutes in length.  It is available for viewing on the NFB website. Having watched it, I felt I had a window into her personal life and her true character. Hearing the stories from her past and listening to contributions as a teacher to so many in theatre. It is very personable, transparent and revealing. Jac reminds me of his enjoyment inheriting the production.

“This play was originally intended to be just a monologue, however after Viola read it out loud, it was clear that she was talking to the audience. There may not be a response from the crowd but her performance portrays a close relationship with her audience. Considering Viola Leger had once given herself entirely to her faith, it is easy to understand how she could do it again for her character.”

Having this character evolve over the years, Viola refuses to accept credit for her characters development. She is chronically humble much like societies hero would be.

Viola Leger is the proud recipient of the prestigious Dora Mavor Moore Award(La Sagouine) and co-accepted the Masque Award with Linda Sorgini in 2001.

Sadly, I’ve recently learned that Viola Leger has suffered an aneurism and is currently recovering in the hospital back in Moncton NB. This documentary will be her voice for many, it will represent her career and life, it will stand as a homage to the art of theatre and honor those that are still looking for the role of a lifetime!
We wish her a full and quick recovery. God’s speed!