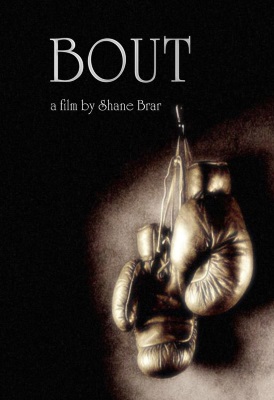 I sat down last week with Shane Brar to discuss his latest film, Bout. Shane lives in Abbotsford and had written the story based on a friend.

The short film is 10 minutes long and tells the story of a boxer named Bobby. He’s involved in a car accident which takes the life of his wife and sidelines his boxing career. He’s forced to carve out a new future for himself. I do love a good redemption story.

Shane wrote and directed the film and found his actors in Vancouver. Shane was an actor for three years before making the leap to writing/directing. Enjoying the role of directing has come from his love of writing. If you’ve written the story and created the characters, you’re more invested in the vision.

Having been an actor helps Shane write more convincing characters and mannerisms. Acting helps you to better understand your characters’ motivation and habits, says Shane.

Shane Brar also immerses himself in directing technique, genres, styles and directors that impress and inspire.

When on set, Shane likes to spend a lot of time talking with the actors to get their input on how they see the character being portrayed. He trusts in his actors and crew to bring their best and deliver the goods. Thus far, he finds this system results in mutual respect, trust and usually overwhelming expectations.

Shane frequents his old acting school for talent. Paying it forward has its rewards.