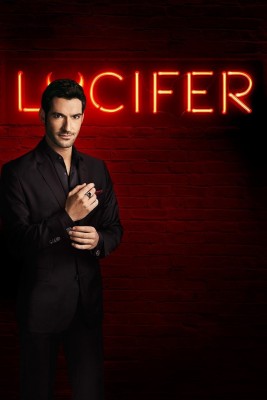 If I’d ever fathomed enjoying a TV series where Lucifer is the star and protagonist, my thoughts would’ve suggested, “when hell freezes over.” I’m pretty sure it hasn’t, but yet here I sit with my latest obsession, binge watching it and craving more after every episode. I don’t watch much prime time and may never have tuned in if it weren’t for my latest interview with Showrunner Joe Henderson.

A Showrunner  is a person who is responsible for the day-to-day operation of a television series—although usually such persons are credited as executive producers. Joe was very considerate and generous with his time in agreeing to speak with me about the new series Lucifer. The show’s publicist Lisa Mitchell was extremely accommodating in facilitating the meeting.

The premise of the show has bad boy Lucifer playing the part of a nightclub owner who seems obsessed with helping the detective root out evildoers in order to solve murders in L.A. In a sense, he has a knack for getting the guilty to reveal their deepest darkest motivations for murder.

Teaming these two together is pure brilliance. Constant conflict combined with sexual tension while solving murders.

It’s produced in Vancouver with American actors working with a Canadian crew. If it’s picked up for a second season the hope is to come back.