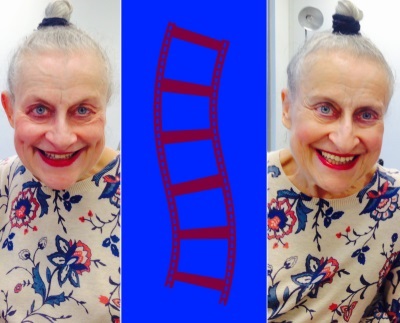 It’s been quite a ride for twin sisters Joyce and Jacqueline. From a young age they were exposed and encouraged by their parents to attend multiple performances. Flash forward to present day and they have credits in multiple productions, film, TV, radio and stage. They have performed in all disciplines. They were in the film Anxious Oswald Green. It won 13 out of 15 Leo awards. Air Canada recently had a promotion where they would play 88 of the best short films from the Whistler Film Festival. By chance, they were in two of them.

Another film that has been tailor made for the two is Mina and Minerva. It’s a short film about senior twins in a health crisis. There is a feature film of the same name in the works.

In addition to acquiring a ticket from ACTRA, the sisters are also members of the branch of UBCP.

Currently, Jacqueline is cast to play a grandmother in a version of The Nutcracker produced by The Go Ballet Academy.

Their three favorite movies are To Kill A Mockingbird, The Miracle Worker and The Birdman of Alcatraz.

Influences include Betty White. Together they are strong advocates of fairness amongst women in film and want to see more female roles and equal pay.

When offering advice working in film, they recommend being prepared, collaborating and above all, being respectful.

They started as womb mates, then roommates, and joke they’ll be tomb mates.