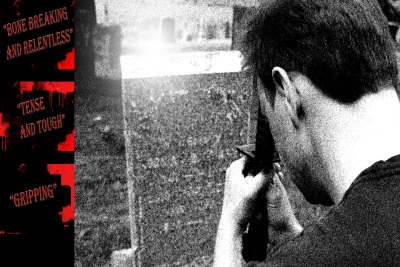 Lyle Goodwin made his first feature over a period of eight years and along the way, climbed a mountain. To understand the journey you must first know your destination.

Growing up on Chuck Norris, Stallone and Van Damme movies, it was evident why he later leaned toward the martial art action genre. Having made approximately 250 short films between the ages of 14 and 26,  Lyle was inspired to go big. With a small budget and huge ambition he embarked on his first feature film, not knowing that it would challenge his will and tenacity to the edge of peril.

Originally written as a brother bonding adventure, it was transformed into a mother-son plight.

His feature film is called Burn In Hell: South Of Heaven. It’s a martial arts high action film. Locations used in the film were found in Yarmouth, Nova Scotia, his own residence and his father’s country home. Since it took eight years to film, Lyle found himself upgrading cameras as technology improved.

Why eight years to finish? It came down to lack of finances and conflicting shooting schedules with key roles and positions. Seeing the film come to fruition alleviated the anguish of not fulfilling the quest. Lyle’s father told him to never quit and his mom told him to believe in himself.

If you surround yourself with positive people, you’ll finish.