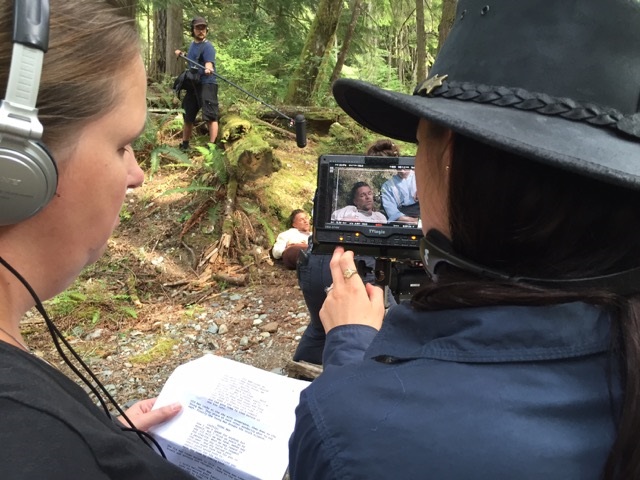 I had the distinct pleasure of attending VIWIFF (Vancouver International Women In Film Festival). While there I managed to track down a few filmmakers. One such pair, that actually teamed up to make the 10-minute film Blood, are Sara Irvine-Erickson and Maja Aro.

“How did this film come about?”

“We both needed one more film credit to qualify for the MPPIA in Whistler. Essentially, it’s a grant for a short film. With the help of this film, we actually won it!”

“Where did the story for Blood come from?”

Sara answers, “When I told my husband, Michael Erickson, that Maja and I were going to make a film, he asked if he could write the script. Reluctantly I said okay. Forty-eight hours later he emailed me a great heartfelt story about a father and son in a mining camp set back in the 1860’s. It’s a self-discovery film. This was Michael’s first screenplay. Coincidentally enough, we knew a father and son that are actors.”

These two were a pleasure to talk to. Sara comes from an AD background, having worked on multiple TV series, while Maja comes from a stuntwoman background.

Sara brought the technical know how and Maja brought the performance experience. Not to mention, that they both seem to share an ESP quality amongst themselves.

They agreed on the script on a Tuesday and were filming on Sunday. They split the 3000.00 budget between them.