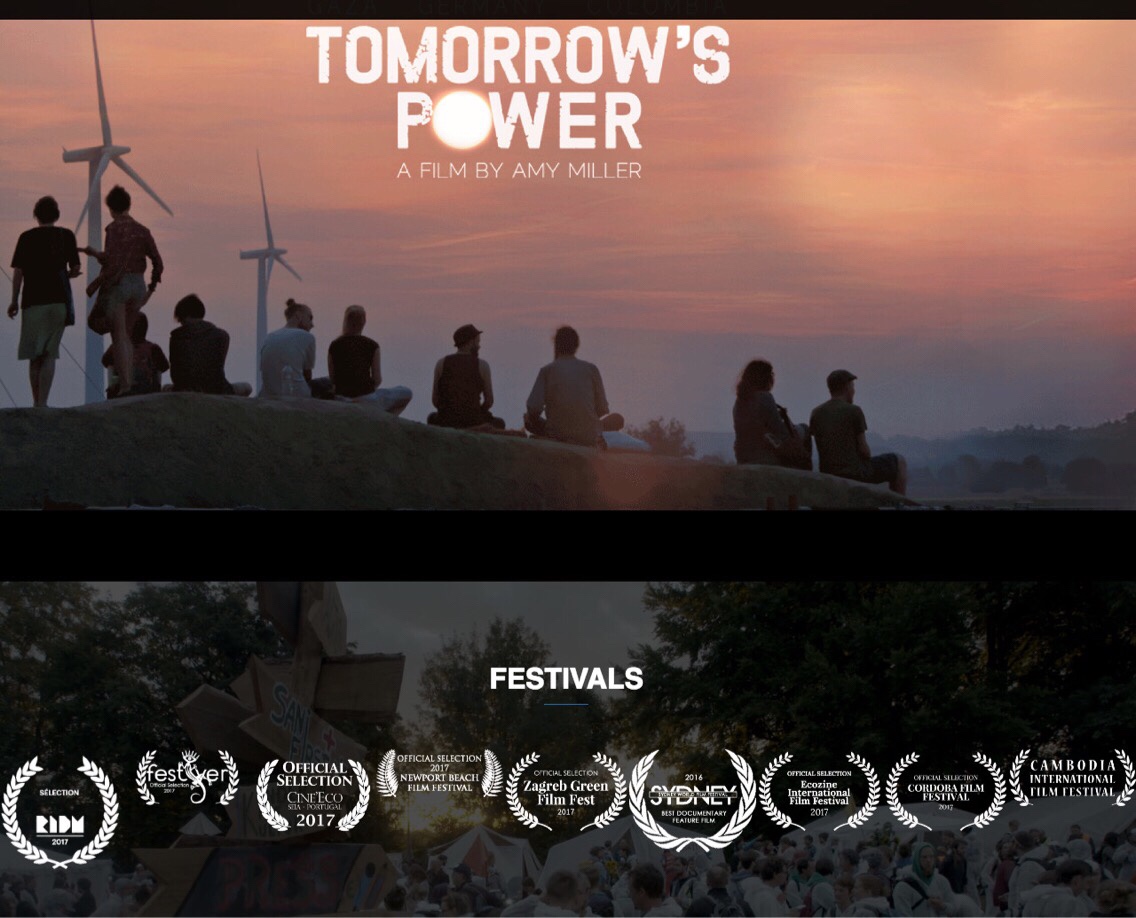 As the world evolves, so do resources for power. In the short time since the industrial revolution, mankind has managed to provide electricity, gas, oil and heat for billions of people around the world. Unfortunately, the side effects of those privileges have caused pollution, destroyed drinking water and marine life and created global warming. The time has come for clean energy and the transition to other alternatives of power without negative impacts to the environment. When you factor in big profit from companies, investors and government benefitting from oil and gas, coal and uranium, you begin to see the scale of the problem of trying to create change. Evolution teaches us change is inevitable and technology continues to advance. If clean energy is the new evolution I hope it happens soon before global warming becomes irreversible.

Somebody that’s actually taking steps to inform the world about the importance of clean energy and the impact of global warming is documentary filmmaker, Amy Miller.  She and Byron A. Martin produced the film Tomorrow’s Power to shine a light on people and organizations leading the charge in hopes of bringing change. Amy travels to three countries deeply affected and speaks with organizers working toward a solution while allowing the camera to act as a vehicle in carrying their testimony forward.

Amy Miller has been making documentaries for the past ten years. I had the distinct privilege of speaking with her to learn more about the story behind the making of the documentary and why it is imperative we all play a part in climate change.

“In this film, you travel to the Al Shifa Hospital in Gaza City, the Arauca Region in Columbia and Rheinland Germany. How is it that you decided on these three locations to shine a light on the issue of global warming?”

“It came down to logistics and relations with people on the ground. I had considered other countries, such as the Congo and Ecuador but logistically they didn’t work out.    The intention of the documentary was not to present a 101 on climate change but rather a 201 to people that know climate change already exists and showing people on the ground doing something about it, the hurdles they face, what are their limitations and how they’ve overcome them.”

“How long did you spend in each country and how were you and the camera crew treated by the organizers of the protest?’

“I have been involved around the world working with people regarding climate change and have established strong relations previous to travelling to the locations. We were not there as antagonists and they were all aware that we were there for support and to document for the purpose of educating the public to help bring change. We were in each country for approximately three weeks.”

Amy Miller has worked with Byron A. Martin on a previous documentary, The Carbon Rush and has established a great working relationship, which prompted her to collaborate again on this film. Although I never spoke with Byron because he is in Germany and the time zones made it difficult to establish a time that worked for both of us, he was more than willing to speak with me, had the time zones not been an issue. Amy tells me how invaluable he was in bringing this film to fruition. He was a tremendous contributor to the film.

“How big of a crew did you use to capture the footage?”

“I like to use a small crew, so there was myself, the DOP, a sound recorder and a local coordinator on the ground.”

In each location there are amazing spokespeople working with the organizations and engaging with the camera crew. In the Arauca Region, its Sonia Milena Lopez – Human rights observer and Bernardo Arguello – community organizer, in Rheiland Germany it’s Dorothee HäuBermann – Climate Justice organizer and in Gaza City it’s Dr. Mohamed Ziara. They all deserve great credit for their remarkable contributions in enacting positive change and making a difference through peaceful means.

“How long did it take to make this documentary?”

“I started to develop the project back in 2014 – 2015 in terms of locating financing, getting people on board and figuring out the storylines. I started the filming in 2016 and we had the world premiere in March of 2017 in Cambodia.”

The film has been in over 30 festivals around the world and screens in Toronto at the Hot Docs Ted Rogers Cinema on Feb. 20, 2018.  In addition to Byron A. Martin co-producing it, Boban Chaldovich was the editor, Sylvestre Guidi was the DOP, Kyle Stanfield was the sound recorder and of course, Amy Miller was writer/director.

This documentary brings you to the front lines of people standing up to big corporation in an effort to bring more attention to climate change and alternative power. Tomorrow’s Power is highly effective and brings hope for cleaner energy for a sustainable world in which we can all appreciate. Filmmakers like Amy are so invaluable in educating the public to be proactive in supporting clean energy and paving the way to a better future for all of us. We should all try to participate in joining the movement. The technology is there and will only become more efficient as it continues to be developed. If we all invest we all win.