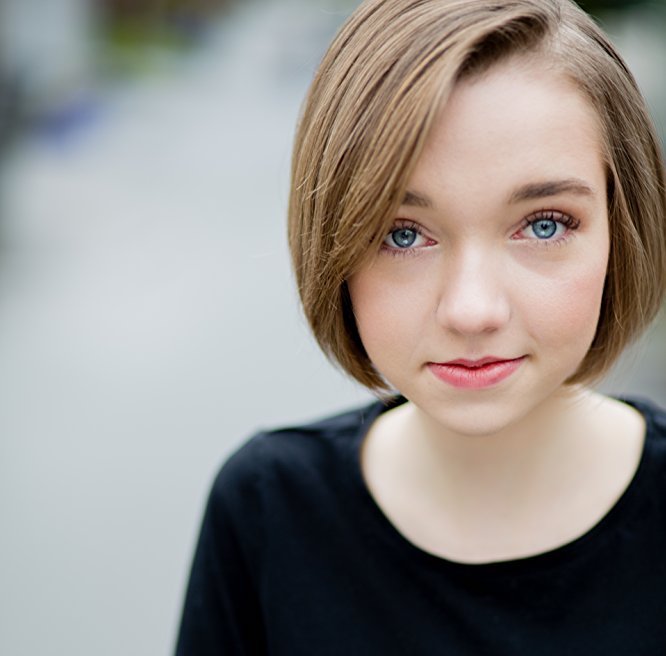 Throughout this month we are featuring films that were featured at the Whistler Film Festival. I was extremely fortunate to be able to speak with some of the Rising Stars there, in support of the films they had roles in.  Whistler is a magical town that attracts some elite filmmakers to the festival showcasing their best work. While I was there I had opportunities to meet many festivalgoers, filmmakers, actors and the captain of a 190 ft. fishing boat.  The captain was there for skiing but found it very interesting that the festival could bring in so many big fish.  As it turns out, he had more fishing analogies the longer we spoke. The conversation began to feel like a scene from a Tarantino film.  I navigated my way outta there and charted a new course.

With the cooperation of a festival producer, I was granted access to interview four actors screening in four different films. I had already spoken with one actress and was about to begin interviewing the second.

Julia Sarah Stone had travelled to Whistler in support of the film, A Worthy Companion. In it, she plays a 16 yr. old runaway that becomes involved in an abusive relationship with a 30 yr. old woman, played by Evan Rachel Wood of Westworld. Before long, the runaway becomes the woman’s prisoner and new muse. The film is the first feature debut written and directed by Carlos and Jason Sanchez.

“In this film, you’re in a same sex relationship. Is this the first time you’ve played a character in a lesbian relationship?”

“I don’t consider it a lesbian story. I see it more about a story of two people that are so deprived of attention and love they find solace in each other that they think is love but it becomes something that is much more dangerous and unhealthy.”

Julia tells me that she’d put a lot of pressure on herself to do the story justice and to portray the character as authentically as possible. The story is a prominent one that applies to a lot of people.

“This film had two directors. Did that complicate your motivation or portrayal of the character?”

“Although there were two directors, there were multiple discussions before shooting on how they wanted to approach it and to ensure everyone was on the same page with the compassion and understanding of the characters and story.  I think that what was the most important part on this project and what made it such a safe environment to explore this relationship. It’s a heavy story with a socially relevant theme.”

“How did you first hear about the script?”

“My agent had recommended the part. Once I read the script, I knew that it was going to be a very important movie, even if I didn’t get the role. During the audition, I wanted to explore as much as I could, the emotional journey and depth of that experience.  The script was originally written with a male and female character. I believe it was a cool and interesting decision to make them both female. It’s a great way to tell the story of a relationship in a form not everyone expects to see.  It really helps to identify the warning signs in a relationship and also show that relationships like this can take many different forms and look many different ways.”

“How did you prepare for this role and do you like playing complex characters?”

“I researched abusive relationships and how that cycle could perpetuate itself. There’s a lot of stories out there and I wanted to do the story justice by learning and educating myself as much as possible. I find every character has complexities, even if they don’t appear to. There’s always complications you can find, which is one of the most fun parts of acting.  Finding those idiosyncrasies and complexities of the character that aren’t always visible on the surface.”

“When did you get the acting bug?”

“I took my first theatre class when I was six. I still remember how excited I was.  It made my heart feel so happy. I kept wanting to go back. When I turned twelve, I started taking professional acting classes and began auditioning. It was also the time I started doing short films and student films. I’ve always loved telling stories and really caught the bug as soon as I learnt to read. I’ve been a bookworm all my life.”

“What was the best part about your experience in the film?”

“Best part about making the film was, it was a wonderful experience. The team had created such a comfortable environment, especially considering how sensitive some of the scenes were.  They really made sure that everybody felt safe.  It was really special to feel that familial and warm safe loving energy on the set. The film crew was amazing. It was a beautiful story. The experience of working with Evan was such a treat. She is such a phenomenal actress.”

Julia’s commitment to detail in portraying her characters is the reason we go to watch movies. She continues to rise to the challenge with every role. Paving a path to stardom and award winning films, she continues to stay busy in an industry that can feel lonely when you’re not in demand. As her star shines, it also travels with her on location.  Julia Sarah Stone has just wrapped on another film in Edmonton. It’s an Indy thriller that she couldn’t talk too much about.  What she was able to share was, that it’s about nightmares we all share and has an interesting twist on the thriller genre that she’s certain has never been done before.  The film is called, Come True.

It was a pleasure meeting and talking to Julia. Her passion for film and acting is a testament to great filmmaking and impactful characters. We will be following her career as she continues to embark onward and upward.