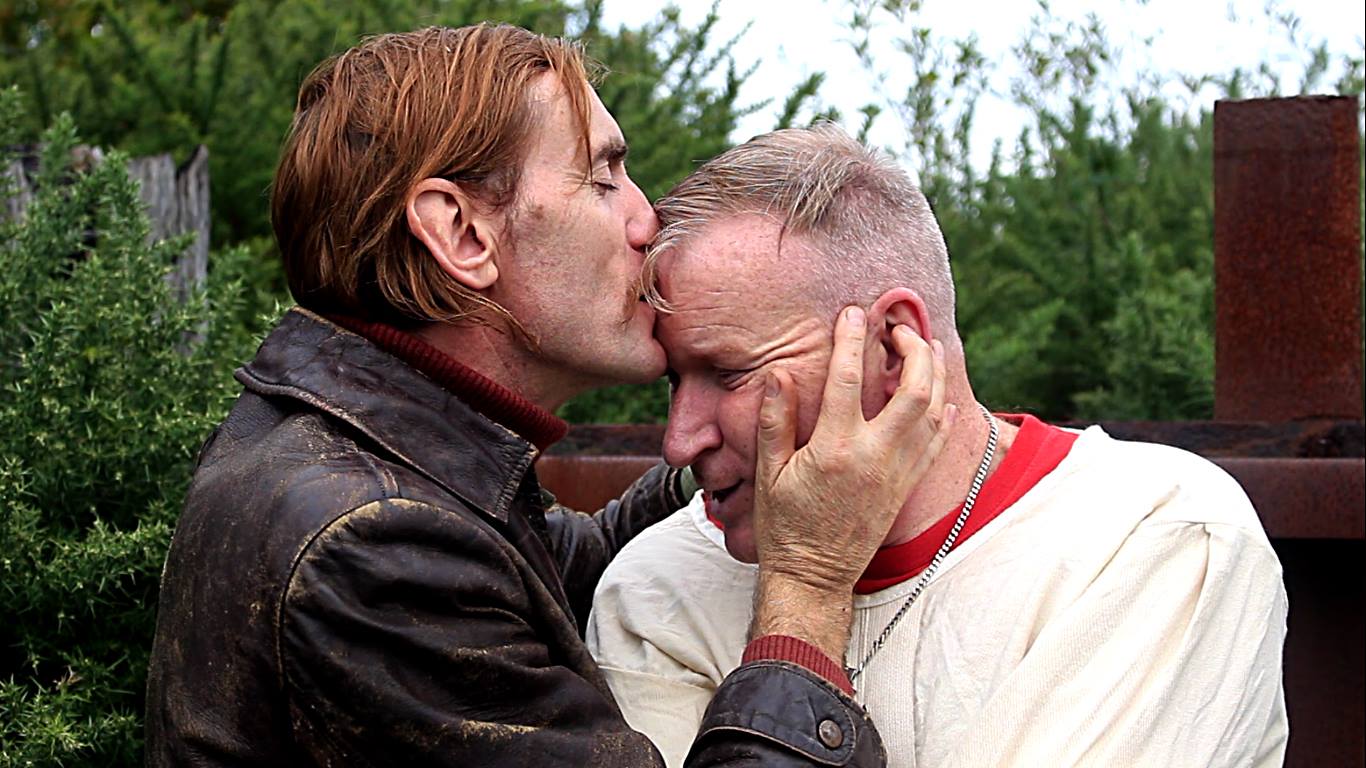 From Canadian director Nathan Slattery comes a work of art shot in his home of Ireland, is his latest short film, Cryo. Written by Nathan Slattery who also has a role, Cryo tells the story of Director Danny Freeway (Philip A. McCarthy) who keeps getting script after script from an obsessed fan named Byron Kelly (Nathan Slattery) until one day he randomly gets detained by Finnegan (Keith Murphy) and Fagin (Kevin Foley), two members of a secret society, and from there Danny is locked into a freezer for the length of an entire millennia, hence the name Cryo. Upon being released, Danny finds himself with a newfound associate in life who is none other than Byron Kelly who joins him on his quest as the two explore nature and things take an extreme turn. In ways that nobody expects.

Directed by Nathan Slattery and produced by Mark Burns Zig, this is a film that goes to an extreme new level for both actors and viewers. Many risks had been taken during production from being in actual freezer with little to wear to even standing on top of a viaduct with very narrow walkways. Dharminder Singh Kang, the Director of Photography has helped out quite a fair amount and is also associated with Stoa, another one of Nathan’s upcoming movies. Be sure to be on the lookout for this rare and interesting short film as it is on its way next year. Cryo is expected to be hitting film festivals in Canada and Europe. Future dates and festivals will be mentioned in an announcement in February 2018.