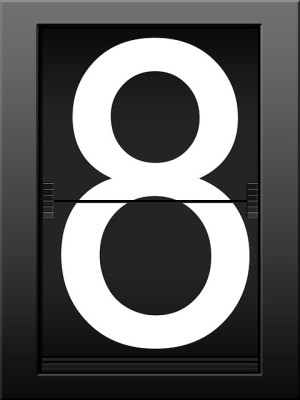 Normally, I summarize and review the Crazy 8’s at the gala, but this year I chose to do something different. This year, I went to 5 (possibly 4) different Crazy 8’s sets to see how they operated, and how they were doing so far. One of the most intense things I’ve ever done, but probably not as intense as the Crazy 8’s themselves, I learned a lot about these sets, the workers and how they did everything. So let’s get into them.

This is a Period Piece – In a labyrinth of a big shoot location (sort of), TIAPP was filmed in the halls of an old hospital that was decaying but still had some quality rooms and areas. There were several sets coordinated all around the area, a friendly environment of crew member who worked efficiently, and a director who communicated perfectly with everyone. They didn’t have drinkable water in the old building, but they coasted along anyway, having an interesting way of setting up shots and actors and being able to do takes real quickly. I mean, the actors they chose are naturals. They breezed right through their scenes from what I saw. The scene they were doing when I was there involved media talking to the main characters, and someone nearly mistook me as talent. Guess I shouldn’t have looked too obvious with the hat. Oh well. The concept for TIAPP is about a 13 year old girl and her first period. By the judging of the setup, they’re certainly making a big deal of a girl’s period. And I thought my ex-gfs had big issues with PMS.

Itsy Bitsy Spider – A determined little fellow who gave up climbing up the spout repeatedly and made his way into an apartment instead. The film features lots of spiders (real AND fake) while our nervous protagonist tries to overcome his fear and get rid of unwanted company. But maybe this cause of a spider means something? You never know. The experience went really well for everyone, and while the location was a lot more stuffy than TIAPP, with small compact halls and large lights and rigs all around the set, the decor was amazing. Elaborate cobwebs that took real effort and days of construction and testing with compressed air and gluestick glue. There were about 8 spiders that got brought in for this incredible look and quite the setup in coverage. During the shoot, there was good communication, great humour, some improvising regarding an elaborate shot, and some really interesting shots happening. This one really excited me.

The Substitute – Okay, I’m going to be honest here. I didn’t get much of a chance to check this out due to my schedule. But I did hear some great things about according to a PA I met after the 2nd day wrapped. The PA said the shoot was fun, and they were lucky to shoot at UBC, especially a place where aspiring film students thrive. I guess they worked pretty fast and efficiently. Aside from shooting at UBC, they also shot in a cave in Langley. So is the Substitute about a teacher who takes their students on a crazy field trip or did the substitute come from the depths of hell? You and I will have to watch at Crazy 8’s to find out.

SOL – Everyone says Climate Change is real. A couple years ago, another director made a short film about a pipeline and a protest/fight breaking out. They knew it was going to happen. Take that, Simpsons writers. Who knows if THIS will happen? Hopefully not. Taking place in the future during a climate change, a mother and daughter live alone in a complex home full of cool gadgets. I absolutely loved the work they put into props. There was a coffee machine and a food processor and several more things put together, a deep room for decontamination that gave someone breathable air, an elaborate set up of robotic appliances and light fixtures. Even the meals consisted of salads with a side of medicine pills. That was the most decorative house I ever saw. A small spot with big opportunities, but I couldn’t stay for too long. Truth to be told, it was all the way out in Langley far away from where anything was. Still, a great experience nearly 10 miles away.

Mr. James Is Dead – The name is James. No, not James Bond. Shot in a somewhat large-like space of an old building that creeked no matter where you stepped, the place may have been somewhat noisy, but the crew had fun given the shoot, the craft service looked interesting (I didn’t eat any though) and the actors had plenty of fun with the crew. There were a lot of great ominous shots coupled up with lots of silly and crazy costumes. The production had been going for quite a long time itself, roughly over 12 hours I believe. They had to prepare with a lot of effort, but like other productions, they did great. I can’t tell anything else besides that. Almost everything in this movie is classified information.

The Quieting – Wasn’t there for that one. I like the concept of a queer lady confronting her past and her fears. Sounds pretty cool.

If there’s anything I’ve learned from checking out Crazy 8’s productions, it’s that they really keep themselves moving and the shoot experience is always amazing. It’s also not entirely true that a crew only gets $1000, usually it’s MORE. Companies can be so generous. Every production has come up with great stories, and every director and producer has shown to keep a cool head while working with everyone. Nobody was the least bit stressed or frustrated and I’m excited to see how these productions turn out. They’re sure to be great.