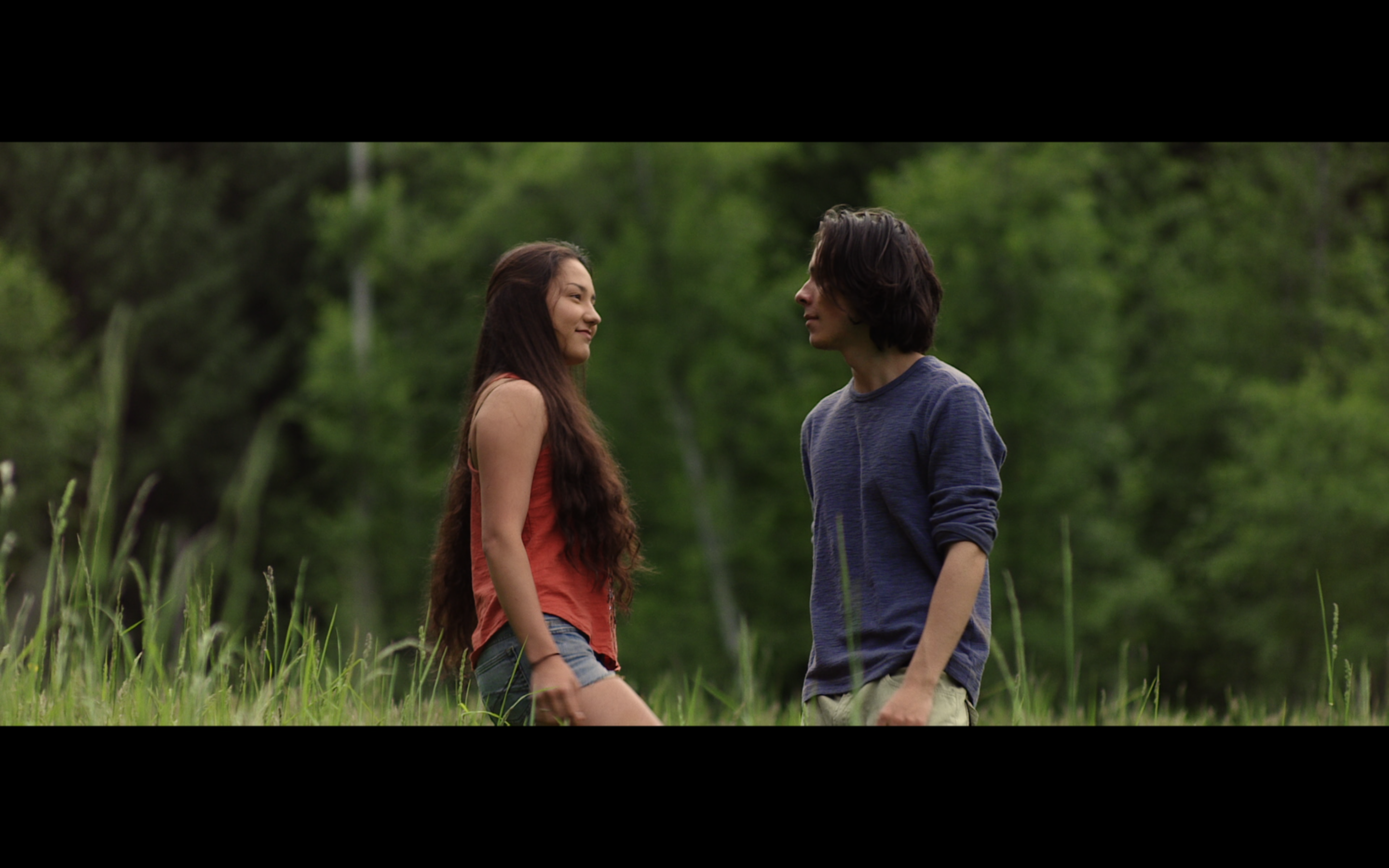 When you think of feature length Indy films, usually film students do not come to mind. However, in the case of the film Raw, they have definitely shattered that glass ceiling. I was very fortunate to view a screener and could not believe the caliber of the film. From the quality of the lighting, the brilliant casting, the great locations and the engaging music, Raw has set the bar high and exceeded all my expectations.

I was equally fortunate in snagging a meeting with three of the team members integral in making this film possible. David I. Strasser (writer, director), Mert Sari (producer), Arshia Navabi (producer). Jessica L. Randall was the second unit director and I’m told she was the fourth musketeer in the project. Unfortunately, she couldn’t make the meeting but she was well represented.

The film Raw, deals with a subject that is illegal, carries a prison sentence and falls under the category of bio-terrorism. I’m talking about the sale of raw milk. I know right? I was unaware like most Canadians about the implications of this bootlegged product. I had to ask the writer David, how the idea of this film came to fruition.

“It was rather bizarre. I was reading an article a couple years ago that mentioned a tactical team raiding a small grocery story because four litres of raw milk had been illegally sold. It got me thinking about the lengths the government will go to in order to enforce legislation. When I researched the penalty for the bootlegged milk, I found that it ranged from penalties to years in jail. Years in jail for selling white product that has nutrients, calcium and probiotics. It’s counter culture criminal activity. The more I found out, the more I wanted to make a film about it.”

It is a peculiar crime with devastating consequences. I’ve often heard the punishment should fit the crime. In my opinion, I do not believe it applies this time. I grew up on a farm and often drank fresh milk from our cow. That was not a crime. It becomes illegal once it’s sold.

“The film looks and sounds amazing. It has the appearance of a large production. Are you able to tell me about the budget for this film and how you financed it?”

“Interesting enough, we are only the second class in the schools history to produce a feature film. Once I had written the script, Mert and Arshia agreed to back the project. They began the arduous work of the producers and banned the students together to also get behind it. Through a collection of student chads(coupons allotted to  students) they raised 6500.00. They then ran a successful Indiegogo campaign combined with private support of friends and family. In total these hard working dedicated producers raised 65,000.00 for the production and 30,000.00 for post production.”

The school provided them with 95% of the camera equipment, lighting gear, underlying infrastructure and two Sony F3 cameras with 4:2:2 colour. They also credit another VFS student Raivo Kruze for his incredible keen eye and tremendous talent as DOP. They tell me his skills for framing, lighting and shading are remarkable. He truly knows how to work with light. He understood the vision of the film so well and always had an incredibly positive energy on set. He had been working in visual production for a couple years before coming to VFS. David tells me he’s never had a creative experience with anyone like Raivo before or since.

Another person essential to the look of the film was Nikolas Bradfield. He was the teams editor.

“He was so talented and creative with putting the images together in a way that expressed and delivered exactly what we wanted. He exceeded our expectations. He had found the rhythm, the movements and the colour of the film. He made it technically strong.”

This story follows the life of a city boy, Jakob Levin. He gets in trouble with drugs and the judge is bent on sentencing him to prison until Jakob’s mom intervenes.

She convinces the judge to allow her son to be under house arrest while working on his uncles farm on Salt Spring Island. The judge agrees and Jakob leaves the city for the quiet life in the country. A romance develops between him and a sweet country girl Laura Hughes, played by Katie Hayashida. Jakob eventually gets involved in the underground bootlegging process of raw milk. The contrast between the covert milk sales and a past involving distribution of illegal drugs ensues.

“How did you find your location?”

“It was honestly a miracle how it all worked out. Mert Seri had contacted the Island Trust on Salt Springs. They act as a governing body of the Gulf Islands. Mert and Arshia Nevabi explained what the film was about and what they were looking for. Throwing caution to the wind, Peter Grove, a representative of Island Trust had organized meetings between the bootleggers and the producers.”

They also found a farm for them to use as their key location. The team was worried about finding one location. Thanks to Peter, he had found them a half dozen farmers willing to offer unfettered access of their land. The homestead that was used for the location was 3rd generation owned by the Bond family. It was also the only farm on the island that the Queen of England had  visited. The original owner was a historical figure, Sugar Billy. They had the good fortune of staying at a newly renovated Salt Springs Island resort and spa for thirteen days of filming. It was large enough with multiple cabins to house a cast and crew of sixty actors and crew. Some close friendships were made.

“Salt Spring Island is a mystical place. It has a long history and can have a life changing impact on its visitors. For instance, one of our actors ha a troubled unhealthy lifestyle. After his time on the island, he’d adjusted his unhealthy habits and began taking control of his life. Another crew member became a yogi. One other actress that was a popular guest on Supernatural completed adopted a new life changing alteration. There is a myth that says, if you eat something grown from the island it will change you.”

Salt Spring Island has a population of 10,000 people. Having the backing of the Island Trust was the catalyst in having it greenlit by the VFS committee.

For the casting of the film, they advertised in Breakdown Services, Actors Access and a couple of agencies. Jesse Platt was an exception. He showed up at VFS at 4 am wanting to audition. A method actor at heart. He looked the part of a man in need of redemption. They took a risk and it payed off ten fold.

They also wanted to thank Andrew McEvoy, instructor at VFS for his unbridled help in perfecting the script and story arc.

David uses the analogy of climbing a mountain in your underwear during a snow storm when describing the making of a first feature film. Luckily for him, there was a team of them climbing that mountain which provided warmth and inspiration all the way to the top.

David wrote this film during a tough time in his life. He’d broken out of a long relationship, his father had passed away and his eighteen year old nephew had lost his life. He wanted to write a redemption story. This film definitely hits that mark. Arshia had also recently lost his mom before shooting Raw. In some ways I get the impression this film was therapeutic. David says that having Mert and Arshia as producers were the center of gravity that pulled all the elements of the film together.

The music was composed by a few musicians, bands and solo artists. I would list them all but might get in trouble for to long of an article. The music is stellar, original and fits like a glove. Thanks to Mert Sari’s music connections, there were contributions from all reaches of the world.

Post took a year for the film because of all the effort and creation put into it. David storyboarded the entire film onto 140 pages with the generous help of a sketch artist Lee Tran in a span of ten hours. [pullquote]“She’s truly an incredible artist.”[/pullquote]

After four screen tests its ready for its premiere at Whistler.