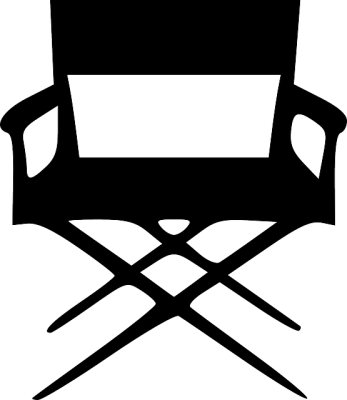 (The conclusion of a feature-length essay on Quebecois wunderkind, Alain Marchant, and his controversial body of work. In this segment, I examine his recent films, including a highly anticipated adaptation of Robert Francis Lafferty’s Canadian literary classic Greek Idle).

The next few years were busy ones for Marchant: he assisted his partner, artist Francine Lefebvre, with a multi-media installation on the “historic crimes of the Catholic Church” (quoting from the catalog), an exhibit which had, as its centerpiece, a life-sized, latex model of a priest in full regalia, seated in a mockup of a confessional, cradling a bloody beef heart in his hands (the heart was replaced every day with a fresh organ). Marchant’s lectures¹ on contemporary cinema at McGill University were well-attended and he also contributed a regular culture and current affairs column to Le Devoir (a stint that came to an end after a physical confrontation with the newspaper’s features editor, a skirmish that landed Marchant an overnight stay in jail and a hefty fine).

Meanwhile, he tried to keep a hand in the film world by directing music videos by Roch Voisine and Arcade Fire**, as well as co-producing a mockumentary (with CBC Radio-Canada), “Un Monde Meilleur” (A Better World), an alternate history scenario in which the French won the battle for the Plains of Abraham and went on to forge a sovereign nation out of what was formerly known as Lower Canada. Quebec separatist leader Jacques Parizeau had high praise for the movie and was quoted as saying “Un Monde Meilleur” was “the dream denied us because we allowed certain unnamed people to keep us from becoming great” (he later complained the quote was taken out of context).

In early 2011, it was announced that funding had been secured for Marchant’s second feature film, an adaptation of a novella by obscure French writer (of Corsican descent) Bernard Vezanny, titled La Bite de Napoleon (Napoleon’s Cock). Dubbed by Marchant “a multi-generational portrayal of prurience and pornography”, the production was long and fraught, numerous producers coming on board and just as quickly abandoning ship. The deliberately loose narrative followed its own odd chronology as it traced ownership of Napoleon’s stolen, mummified penis for the past two hundred years, a variety of characters coming into contact with that little piece of, er, history.

Finally released in the fall of 2013, “La Bite de Napoleon” failed to connect with audiences, even hardcore fans of the director finding little to like in the three hour (+) film.

Which brings us to “The Peloponnese”, Alain Marchant’s latest effort, his first offering since “Napoleon”.

I can personally attest to the fact that the book the film is based on, Robert Francis Lafferty’s Greek Idle, was required reading for many Canadian university students in the 1970s and 80s. Originally written in 1964, the short novel describes a debauched trip to the Greek islands by a disgraced academic, Charles Coughlin, and his young lover (and ex-student, their relationship the central reason for his suspension and dismissal) Jocelyn Strauss. The heat of the affair is cooling but neither has the courage to admit as much. They resort to cruel games and sexual domination, goading and provoking each other, constantly raising the stakes. Enter Andro, a young fisherman. They deliberately befriend him and, during a boating trip to a nearby island, an austere, stony tooth of rock, Jocelyn either seduces the lad or pretends to. The point is that something happens between them, Coughlin senses it, and all at once the “game” is taken to another level. Tragedy, as they say, soon follows.

Casting child star Luci Lavalle as the free-spirited but troubled Jocelyn was bound to raise hackles—after all, everyone in the province of Quebec watched her growing up on various popular TV series and variety shows. Marchant has her parading around naked throughout most of the film and the sex scenes between her and her much older co-star Thierry Meursault are so close and intimate, at times it’s hard not to look away. By the end, Lavalle appears shell-shocked and one wonders, after what she’s been through, if it’s merely acting.

After watching “The Peloponnese” earlier this week, I decided to dig out and re-read my battered copy of Lafferty’s “classic”.

The book is terrible, long-winded and thoroughly infatuated with itself. Coughlin is a repulsive character, clearly based on Lafferty himself. In fact, I did some checking and discovered that the book was inspired by an alcohol-fueled road trip Lafferty and fellow Canadian scribbler Thomas Flett took to Greece in 1962. They both applied for grants to work on books neither intended to write and agreed that if either of them got money, the excursion was on. An all-expense paid piss-up, Canadian taxpayers stuck with the bar tab.
Lafferty received a grant, Flett didn’t…and never completed anything else of note. Exit Flett from the Canadian literary scene, forever*. But he was a boon companion on the Greek junket and later claimed he’d suggested some of the terminology for the male and female sex organs Lafferty ended up employing (my personal favorite: “the raised horn of his taut, tumescent prick plunged and gored into her, pinning her to the mattress”).

There is a lot of purple prose, overblown passages and, frankly, godawful writing to be found throughout Greek Idle (the title itself a rather weak pun). This book made it on to my college syllabus? Yes, and Earle Birney’s “David” used to be considered a high water mark in terms of Canadian poetry and “Don Messer’s Jubilee” the epitome of what it meant to be a Canuck.

Thankfully, times changed and for the past decade or so if you wanted to find a volume by two-time Governor-General Award nominee R.F. Lafferty, you’d have to either try the library or go to Abebooks.com. His works mostly out of print, rightfully relegated to the scrapheap of history.

But now Alain Marchant has dug up and dusted off a scribe best left forgotten and might just, ye gads, help rescue him from oblivion. A Canadian publisher recently announced Greek Idle will be re-issued with a new introduction and an academic press is commissioning a collection of critical writings. It seems like a reappraisal of Lafferty might be in progress.

And so the enfant terrible has done it again. Released a film bound to draw more controversy and debate while, at the same time, casting a spotlight on — let’s not mince words — a hack, drunkard and misogynist, a mere blip on our cultural radar, a blight on our national literature.

Don’t you know when you’ve just been had?

¹Collected and published as Bullshit et La Bile (Phaedra Press; 2012)
²In an interview published in Rolling Stone (#1099), front man Win Butler referred to Marchant as “one weird, twisted motherfucker.”
³Summer, 2015 issue
⁴Except for one rather notorious (possibly apocryphal) incident in the late 1960s at a writers’ workshop in Fort San, Saskatchewan, when an inebriated Flett allegedly propositioned a young poet named Margaret Atwood, earning a stiff knee in the crotch in response. I contacted Ms. Atwood’s representatives for her version of events but have yet to receive a reply…