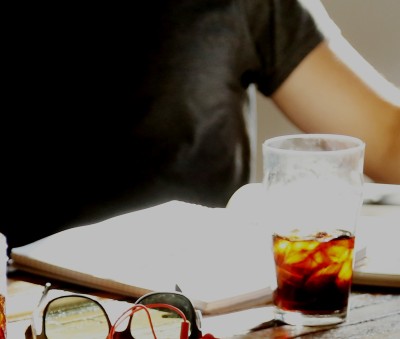 VSFF films I saw after my pen disappeared:

In Memory: Takes place in the future; an elderly woman is on the verge of dying and being separated from her husband forever. Really heart wrenching, especially with the addition of flashbacks to their younger lives.

Arc: Multicultural people from different countries in one city trying to deal with problems. A very dark but well thought out film.

Hallow: A teenage girl can’t take the abuse of her alcoholic father anymore. This one had people freaking out. The funny thing is I managed to predict most of this one.

Redhanded: When a jogger jogs through the park minding his own business, bad luck gets the better of him. And the worst as well. Now I found this one funny.

Vehicular Romanticide: A crazy girl finds a new method to meet men: by hitting them with her car. This one was abstract and funny at the same time. Kind of reminded me of one girl who rushed knowing me to start a relationship.

With Day 2 being sold out, access was a bit of a burden on the first half since someone told me the two ticket stubs from Day 1 would grant access. Some confusion followed. I did manage to get into the second half (Thanks Backstage Vancouver) so I could listen to a fine speech by Mackenzie Gray, and then see some films regarding identity.

Strawman: A homophobic daddy has plans to get his son back from his lesbian ex-wife. A bit confusing, did the wife turn lesbian because she was tired of doing a guy all of the sudden? Still was pretty strong on the feels. Setup was perfect for darkness.

Stranger Project: Colin Easton wanders the town to talk to strangers for interviews regarding their life stories. Hey, it’s cool. And informative as well.

Dissonance: A rather short animation about a transgender being hated by the community for trying to enter the male bathroom. This was a bit confusing. But still showed life is tough sometimes.

Clouds of Autumn: Two kids have fun in their home near a wide open forest. One day, the girl gets sent to residential school and everything begins to change. Quite a good short flick, rather enjoyable and relatable.

Pacific Wayfarer: A guy talks about how he enjoys surfing and being around the ocean. Not a whole lot to expect.

Never Steady, Never Still: Young guy comes home for a visit to his Mom’s, but he goes through some difficult times. He’s not the only one though.

I quite enjoyed the outcome of short films from VSFF and hope to see more of it next year. Maybe even for a bit longer. There is talk of expanding it into something bigger very soon.