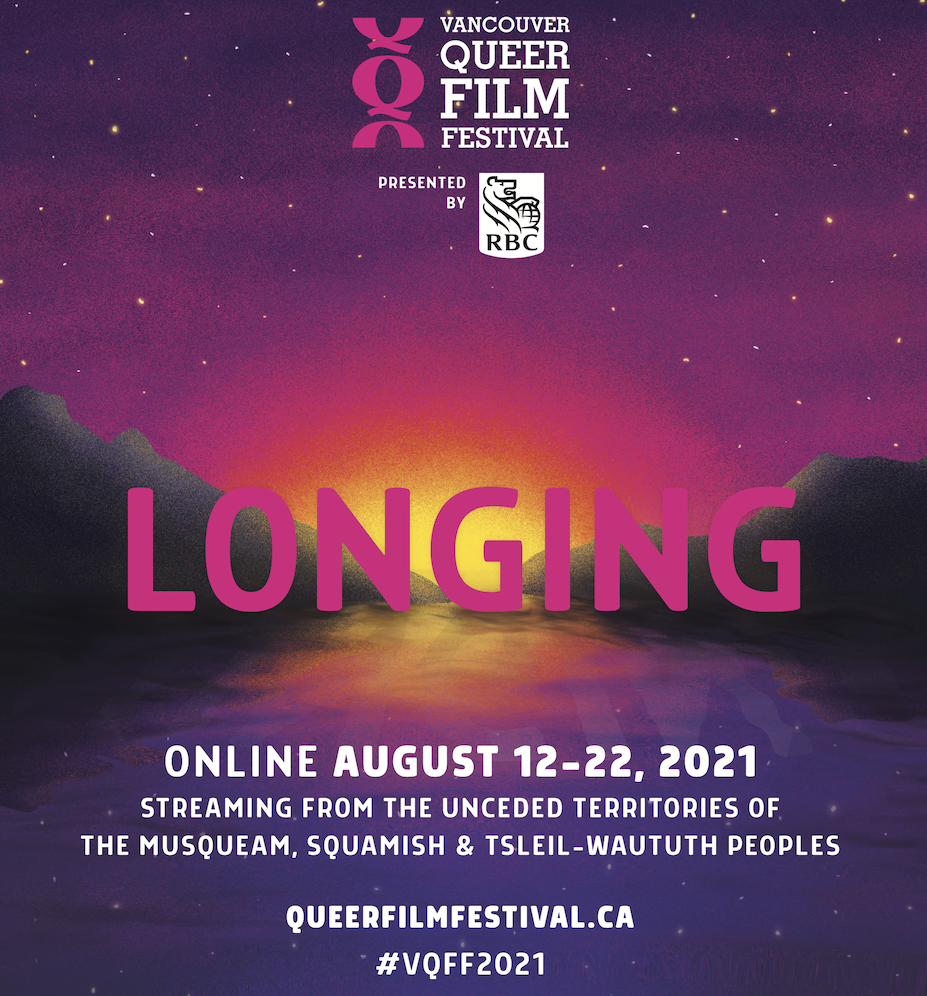 Well, VQFF will soon be over, and I have to say it sort of followed a theme with types of films for this year: Nearly everything was documentaries. I watched quite a fair amount of them along with a couple shorts programs and checked out a few other events even. Here are some of the many highlights from this years’ festival, despite it being online. Now, I know it’s been a while since I’ve done one of these, so bear with me.

Cured – It goes back to the days way before I was born, when things were much worse for homosexuals. Not only did they have to deal with hateful slurs, but bigger issues like lobotomies and electroshock therapy to cure them. But eventually, things change a bit in the 60’s, less operations, more protests, and by 1970 things get more revolutionary as Don Kilhefner speaks up and psychiatrists begin to evaluate their practice. Soon media makes LGBTQ look less gross, and a whole lot more cooler. It started out disturbing but this particular documentary worked its way into a very worthwhile and interesting movie that told quite a story.

Fabulous – A little short for a documentary, but still bold storytelling as we learn about Lasseindra. He is a Vogue instructor who has moved to Cayenne to teach students the ways of… Vogue, of course. He started in New York when was only 12. Aside from showing us drag with extra energy the documentary also talked about homosexuality. For something only 45 minutes long, it was chocked full of great info.

Can You Bring It? – Now this was something else, all about a dancing school that taught people elaborate moves. These special dancers are known as D-Man dancers and they talk about the concept of how classes go for the craziest dance moves I’ve seen since Crazy Loop back in 2008. The owner of the school, Bill James said he started out with his friend Arnie Zane who supplied most of the dance moves. However, Artie died during the AIDS outbreak, so every single D-Man dancing show was made in his honour. It really explored a couple of stories and some very interesting backstories. A great documentary for anyone to watch.

No Straight Lines – Despite all these documentaries being about LGBTQ culture, they all had different subject matter. This one in particular is about Gay comic strips and illustrations. We get to see all kinds of artists like Rupert Kinnard, Alison Bechdel, Jennifer Camper, Howard Cruse, and so many more. Not only was it about the comic’s content, but also how comics are made, how they used to be suppressed by the old comics code. Queer comics tended to be edgy, sad, and filled with horror. As someone who has an occasional habit of illustrating myself, I really enjoyed this one. It was great.

Coast is Queer – Now we can get into the non-documentary stuff and a little more into fictional content, more or less. Some of these shorts I feel a connection to, such as Her Voice which has a young woman going through vocal training and being nervous about her own voice. I used to hate my own voice as well, until that one night I managed to somehow alter it forever. Another relatable short film was Purple which explored bisexuality and had some chilling visuals. As for the more humorous content, there was a series called Enby which was all about a non-binary person learning how to come out and a short film, Reveal Party, where a young lady wants to come out to her parents but doesn’t know how, in a series of hilarious twists.

It’s Only the End of the World – Despite the name of this shorts segment, I felt fine. These short films take place in the future, where everything feels bleak. Or maybe it has cool advanced technology that could come true. Such as Mena Brea, which I thought was a real ad for a medication, but rather, it was a short film about a woman on a certain kind of medication. Then there was Hekademia which showed the future of schooling, in virtual reality where two students made a connection with each other. Now for more apocalyptic content, Escaping the Fragile Planet seemed to look a lot like current events with a smoggy time with people wearing masks, amongst that two men fell in love, and then Last Romantics Of The World featured a passionate story between two performers as the world is just about to completely end. Another film that was much like COVID was Operation Gingham when two girls go out to have a picnic, and that film showed love conquers over paranoia. There’s also Are You Still Here?, which is a cool visual film about a green haired woman with anxiety, and First Kiss where an alien that looks like Lady Gaga drops down to Earth. Both of those were kind of basic, but the shots and set up were pretty neat.

Programs/Seminars – Film Festivals just aren’t the same without socializing. Lucky we have Zoom but it still isn’t quite the same. I attended about 4 of these over the weekend. First there was Queer Film 101, which explained queerness was represented in film, and how it changed over the years. This one was a great history lesson in Queer films, including the first gay movie ever made. Next was Gay Canadian Baking Show, as we got introduced to cooking wonder Sheldon Lynn, who talked about important subjects, such as how the pandemic affected the show, what went on in the show both on and off camera, and how there was a mix of identities. Then to finish it off, Sheldon showed us a recipe for a delicious refreshing treat to beat the summer heat. But for those who weren’t primarily invested in cooking shows and preferred to know a little more about what representation is like at VQFF, with how the festival makes it equitable, and what goes into processing a film to be screened at the fest. Important factors they consider is what the directors are working towards, and how ladies and culture are being represented. But that can be especially hard during a pandemic, fortunately there was a seminar called Programming during a Pandemic which kind of discussed this, as they had to prepare for the crazy things like wildfires and viruses. VQFF had to rely on foundations and support themselves. After all, it was hard to find safety and support, even more so thanks to colonialism. A very informative and educational set of programs, that gave me a lot of insider knowledge on the festival and several other things. 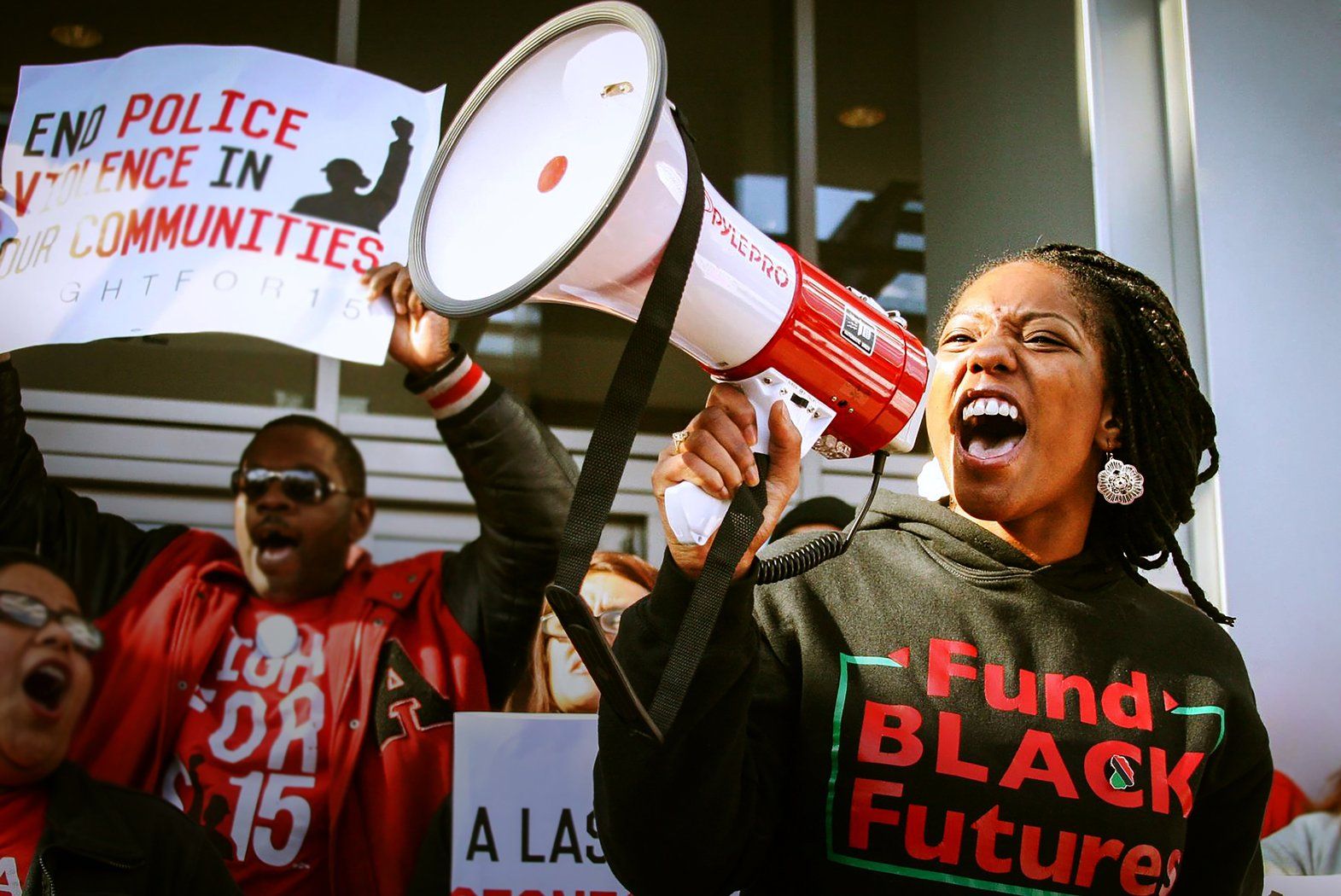 Unapologetic – Okay, now back to the documentaries. The title sounds like it describes what I am to my ex-gf. But it’s really about a much more important matter, and that is Black Lives. The documentary mainly focuses on black people as they protest against violence, make music, do research, and show how dangerous life in Chicago can be, especially to black people, which is unfortunate. We also hear about the sad tales of Rekya Boyd and Laquan McDonald. There was some pretty crazy stuff in this documentary, but something has got to get the important message out because I am so upset at hearing all the struggles and racism black people don’t deserve and yet they face all the time. Can’t we all get along?

The Fandom – Before this documentary, viewers got treated to a short film called Is It Me? which was a short film about Emma Russe, a woman who makes all sorts of interesting costumes. Emma is uncomfortable with who she is, but she finds happiness in making costumes and showing herself off in them. This was something I could relate to very deeply. Now onto The Fandom. Following the long life stories of Rod O’Riley, and Mark Merlino, the documentary talked about the interesting world of furries, where people dress up as anthropomorphic animals and go to their own kinds of conventions. Rod and Mark are an elderly couple who are heavily into the fandom, and have helped form it into what it is today. The doc features old footage from the 70s, furry comics and artists, perspectives from attendees and convention hosts, and even how it mixed with LGBTQ. There was also some interesting details explained by Sam Conway who represents the communities of furries. A lively documentary about a fandom I’m not part of, but deeply respect, just as much as many other communities.

Boulevard! A Hollywood Story – Time for me to conclude this article with an interesting story, a documentary about Gloria Swanson and her role in Sunset Boulevard. Although there’s even more to this one. After acting in it, poor Gloria wanted to be in another version of that beloved movie, only this time, it had to be a musical. During production she met up with Dickson Hughes and Richard Stapley who helped with the music and while she had an interest in Richard, HE had an interest in Dickson, and she was able to notice it. Talk about one obtuse love triangle and a lot of rounded stories, there’s no need to be square when you learn about these 3 souls as well as what happened in production and how so much developed. I’m pretty sure Shaun will go into better detail in what happened than I did.

Well, that’s it for VQFF… for now. I have a feeling Shaun may go into detail on something from the Festival himself. Or maybe Darren will do an interview. Despite the different approach, I’m glad I got to experience VQFF, even if it was a virtual/digital fest. With the way things are looking, we’ll get in-person festivals very very soon.