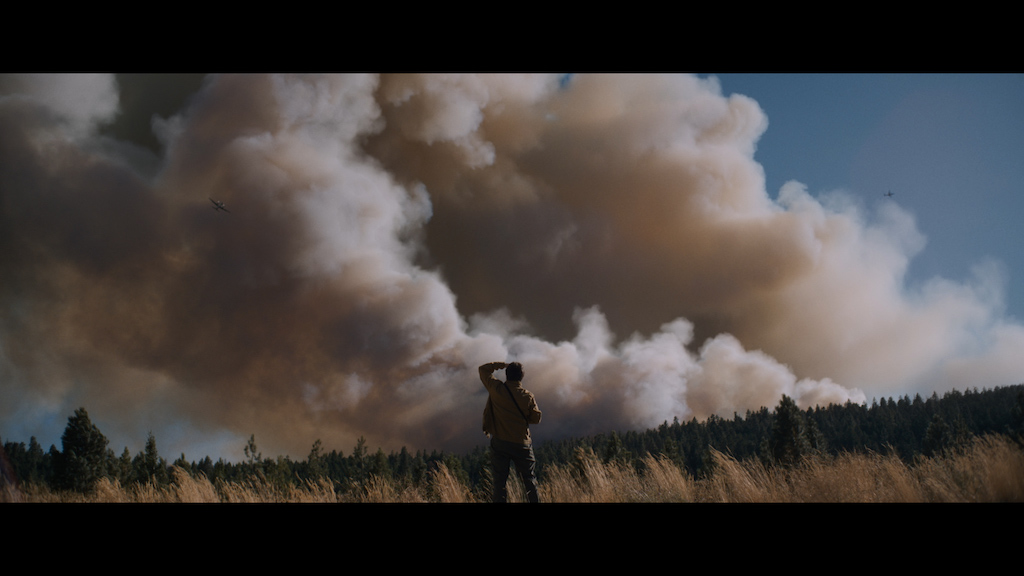 Now in it’s 38th edition (if you don’t count the ‘58-69 incarnation), the Vancouver International Film Festival once again shines a light on an eclectic menu of films from across the globe. Some will grace your local multiplex in the near future, others will not. In any case, it’s one of the best times to catch the latest offerings from our own domestic film industry, particularly here in Beautiful British Columbia. Here is just a sampling of what’s on offer from B.C’s local film heroes:

This is a difficult film to talk about at length without spoilers (evidently the filmmakers think so too as there is an embargo on full reviews before its theatrical release date, hence the capsule). That being said, I can divulge that this film is not what you’d come to expect from the description in the festival program.

Deep in the heart of BC’s Okanagan Valley, freelance journalist Stan Hearst (Tim Guinee) chases intense forest fires plaguing the region in the hopes of landing something bigger for him and his wife Gail (Chelah Horsdal). But just as his efforts begins to gain attention from mainstream media, his life is swiftly derailed when he is charged with a shocking crime. A crime he’s unable to completely deny.

There are some dark themes played with in Ash. Both in the external natural destruction in the surrounding countryside which is beautifully captured on camera (I’m not sure where the real fire starts and any VFX may end) and the more internal proceedings that threaten to tear Stan and all those around him apart. Guinee takes a difficult role and weaves a profoundly moving performance with it with excellent support from Horsdal. Ash is not an easy film to experience, but it’s certainly a worthwhile one. Come for the fire, stay for the drama.

Casting both the titular Danny Ryder and an early 90s Vancouver captured on lo-fi videotape, DANNY could arguably be called a true found footage film as we are granted access to the once private video diary of a man struggling with his leukemia diagnosis and isolation from his Manitoba family.

It’s quite an intimate portrait, especially given that with a couple exceptions, Danny is really the only character on-screen. The recollection and soul searching on display almost feels invasive at times (can a dead man really give permission for this to be shown?), but in an era where we often only seem to record a carefully curated version of ourselves for public display, it’s truly rewarding to witness an honest human experience like this.

While I would have appreciated a little more context at the beginning (an audience shouldn’t have to read a program description to become oriented), Filmmakers Lewis GUY and Aaron Zegers (Dannys nephew, interviewed HERE) have delivered a sobering portrait of a man, place, and time otherwise vanished in time.

DANNY screens as part of VIFF at the Cinematheque on Fri, Oct 4, 8:45pm

One of Vancouver’s most recognizable character actors John Cassini is promoted to leading man in Anthony Shim’s debut feature DAUGHTER. In the wake of the tragic suicide of his only child, real estate mogul Jim (Cassini) buries his grief in an endless stream of luxury hotel suites well stocked with booze and prostitutes. It is one of these call girls (Teagan Vincze) who finally upsets this routine and ultimately forces Jim to come to terms with his personal tragedy and the destruction left in its wake.

There’s a lot of confident direction thrown up on the screen in this debut effort (director interviewed HERE) with Cassini and Jenn MacLean-Angus as his ex-wife Anna giving it their all. The contrastingly sleek and grungy streets of Vancouver are exquisitely captured and complemented by a well-structured use of flashbacks. The only real weak link in this chain lies with the Nikki character whose storyline is undercut and ultimately left unfulfilled just as we’re warming up to her. Perhaps that’s life, but this turn comes across rather cold on the film’s part.

Cassini proves that he’s more than capable of carrying his own feature and the rest of Vancouver talent on display here (both in front and behind the camera) will make you wish they weren’t shunted to the sidelines so much in American productions. Recommended.

Daughter screens as part of VIFF at the Vancouver Playhouse on Sat, Oct 5, 7pm