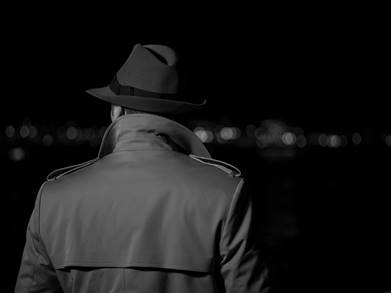 Since 2007, Film Talks Entertainment has hosted an exclusive 72-hour film festival challenging teams to shoot short film noirs in only 72 hours. It started out as only nine small teams of film crews working to get it done, but the next challenge drew in double the number of teams. Film Talks Entertainment’s Executive Director Ryan Catherwood has said, “In the beginning, we created Films Talk Entertainment and Rain City Film Noir because there weren’t any existing film events that gave the community of creative filmmakers and artists the challenge of producing a project within 72 hours and worked in a specific genre like film noir. Our goal has always been to inspire filmmakers, give them a place to screen their work and for them to get recognition and I believe we’ve succeeded in that.” Rain City Film Noir’s 2016th Gala will be hosted at Rio Theatre on April 16th at 1 pm, featuring winning films from previous years. At 3:30 pm, the official shorts of this year will be viewed and judged shortly after, followed by awards.

Now, while I do blabbermouth scandals and gossip in my articles, (only for the editor to delete everything) I’d rather not get into too much detail in how the whole process went with the team I was part of. It was hectic at most and we ended up shooting all night until 4 am or so. But that’s typical. Sometimes you have to wait for the right time to shoot these things. There was some disorganization and the teams were at a pretty low number this year. Maybe another 72 hour film festival drove them away, but I’m not sure. The important thing is that it’s done (I hope) and it should look good on the day it gets screened. Otherwise, it was just another bad night for me.