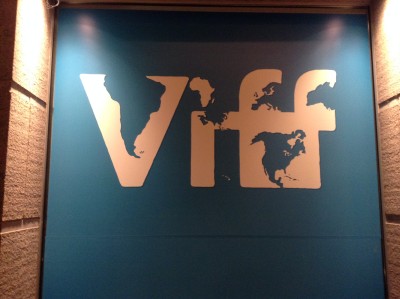 My dad and my sister go to the Toronto International Film Festival (TIFF) every year. It started with my sister wanting to see celebrities. Now it’s about the movies. I was late to the game. The first time I went was in 2009 when I was 16. I saw half of Matt Damon’s ear and all of Under Great White Northern Lights, the modest White Stripes tour documentary. Both Jack and Meg White came to speak. This experience instilled in me the belief that as many “normal” people attended festivals as celebrities and artists. Another way to say that is TIFF spoiled me.

I’ve been on the fringe of the Vancouver International Film Festival (VIFF) for five years and not once have I seen the city burdened by masses of crazed fans or throngs of beeping taxis clogging the city’s main arteries. I think this is because VIFF is seen as second tier. I don’t know if it’s that celebrity artists visit and Vancouverites are just less impressed or if they just don’t come, but there is less fanfare, and more a greater sense of city pride. TIFF is international with a capital “I”. VIFF is a strictly Canadian film festival. There are plenty of selected films from other countries, but it’s not as quickly identified as an international pool.

There are benefits to this. Film selection isn’t as influenced by which celebrity may accompany their work. The works are chosen, hopefully, based on their merit. This gives hope to budding local filmmakers.

While Toronto in September teems with frenzied fans, Vancouver teems with amateur artists banking on selection.

On August 22nd Indiewire reported VIFF had added 22 more Canadian features on top of 10 British Columbia-produced features “making it one of the largest annual showcases of Canadian cinema in the world.”

Maybe this season is the one I leave the fringe and dive headlong into the spectacle of a festival who’s bread and butter is homemade.