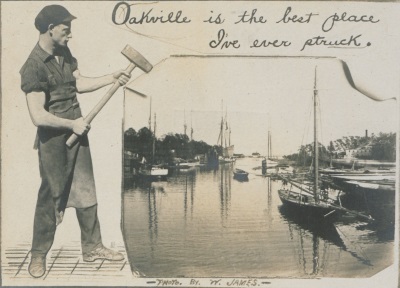 (Via WireService.ca) We’ve  mentioned the Oakville Festivals of Film and Art (OFFA) briefly before — as it draws nearer to the festival’s start date on June 26th, there’s more news from the city on Lake Ontario.

The festival features both Canadian and international films. The homegrown ones alone make for an impressive lineup: A Woman’s Story highlights the resilience of  three women who experienced three different genocides of the 20th century. (The documentary was created by Les Productions Point de Vue Inc, and funded by a grant from the Canada Council for the Arts.) Mississauga director Richie Mehta’s latest film, Siddarth, goes to India to explore the effect of child labour on the child’s family.

On the lighter side, the festival offers two Canadian comedies about feuding brothers in the wilderness, forced to go up against a common opponent, whether it’s a squatter in the family cabin (as in Mountain Men), or the demands of their parents’ will (as in When the Ocean Met the Sky, which we told you about six months ago — have we really been doing this for so long?) The Anniversary, about a woman whose husband goes missing on the day of their 20th anniversary party, is more of a comedy-drama. Director and writer Valerie Buhagiar, and maybe some of the cast, will be at the screening.

You can find out more about the festival at its official site or on Facebook.