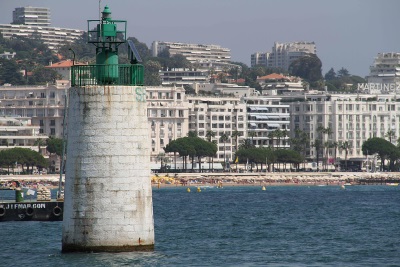 (Via CNW) Telefilm Canada has published a list of Canadian talent to watch, representing the next wave of Canadian filmmaking, at the upcoming Cannes Film Festival (May 13 to 24, 2015). And the ones to watch are: director Andrew Cividino (Sleeping Giant, Critics’ Week), co-directors Philippe David Gagné and Jean-Marc E. Roy (Bleu tonnerre, Directors’ Fortnight), as well as co-producers Menaïc Raoul and Gabrielle Tougas-Fréchette (Bleu tonnerre, Directors’ Fortnight).

We’ve covered the English-language honouree, Sleeping Giant a couple of times before here; Cividino’s film has grown from a short to a feature-length, and it’s good to see a work that’s unabashedly set in Canada go to Cannes Critics’ Week.

On the French side: This is Philippe David Gagné and Jean Marc E. Roy’s first visit to the Cannes Film Festival where their short film Bleu tonnerre will screen as part of the Directors’ Fortnight. The film’s producing team, Menaïc Raoul and Gabrielle Tougas-Fréchette, have had notable success on the festival circuit with the shorts they produce and have travelled to Cannes with their work in 2011 and 2012. The trailer for Bleu tonnerre, the story of an ordinary guy making his way through a bad time, is below.

Carolle Brabant, Telefilm’s Executive Director, has congratulated the honourees and adds, “Through initiatives such as the Micro-Budget Production Program and the Not Short on Talent market screenings, we’re focused on the discovery and encouragement of new filmmaking talent, since this is the best means of ensuring future success of our industry.”