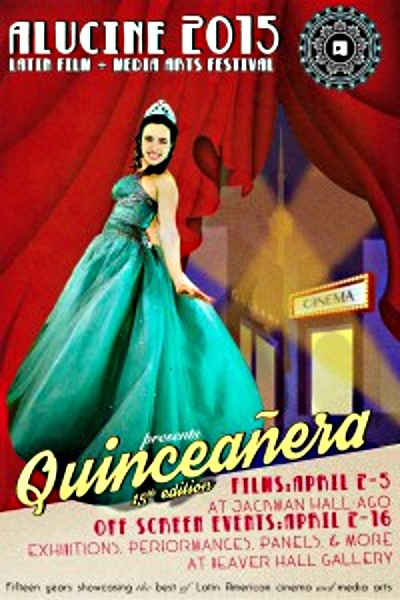 Film festivals are breaking out all over Ontario, and a micro-budget musical is filming in the Cornwall area right now.

In Toronto, aluCine Latin Film + Media Arts Festival begins today, celebrating its 15th birthday (“quincenañera”), and going on until April 16th. As well as showcasing different art forms, from photography to performances, the festival offers programs for both adults and children, plus parties, and, of course, plenty of film screenings. There’s a program devoted to Cuban diasporic filmmakers in Canada and one on Claudio Caldini — who will be there himself, as his Super 8 films go nowhere without him. (Via NowToronto.)

The Northwest Film Fest in Thunder Bay will take place over two weekends — of the 12th and the 19th — and will offer both local films and four Oscar-winning hits that never made it to this city. (Namely, Birdman, Still Alice, Selma, and Citizenfour.) The CBC reports there will also be short films from local and regional creators, plus other Canadian, American, and international works. One of the local films is Sleeping Giant, the story of three young boys flirting with trouble during “a boring summer on Lake Superior.” See the TIFF trailer below.

In the Cornwall Standard-Freeholder, Lois Ann Baker reports that Kingston filmmaker Anthony D. P. Mann has found the Lost Villages Museum near Cornwall to be the perfect location for his latest project, a musical version of Dickens’ Christmas Carol set in Canada. Production on the micro-budget ($8,000) project is ongoing now, so it’s Christmas at Easter for the museum.