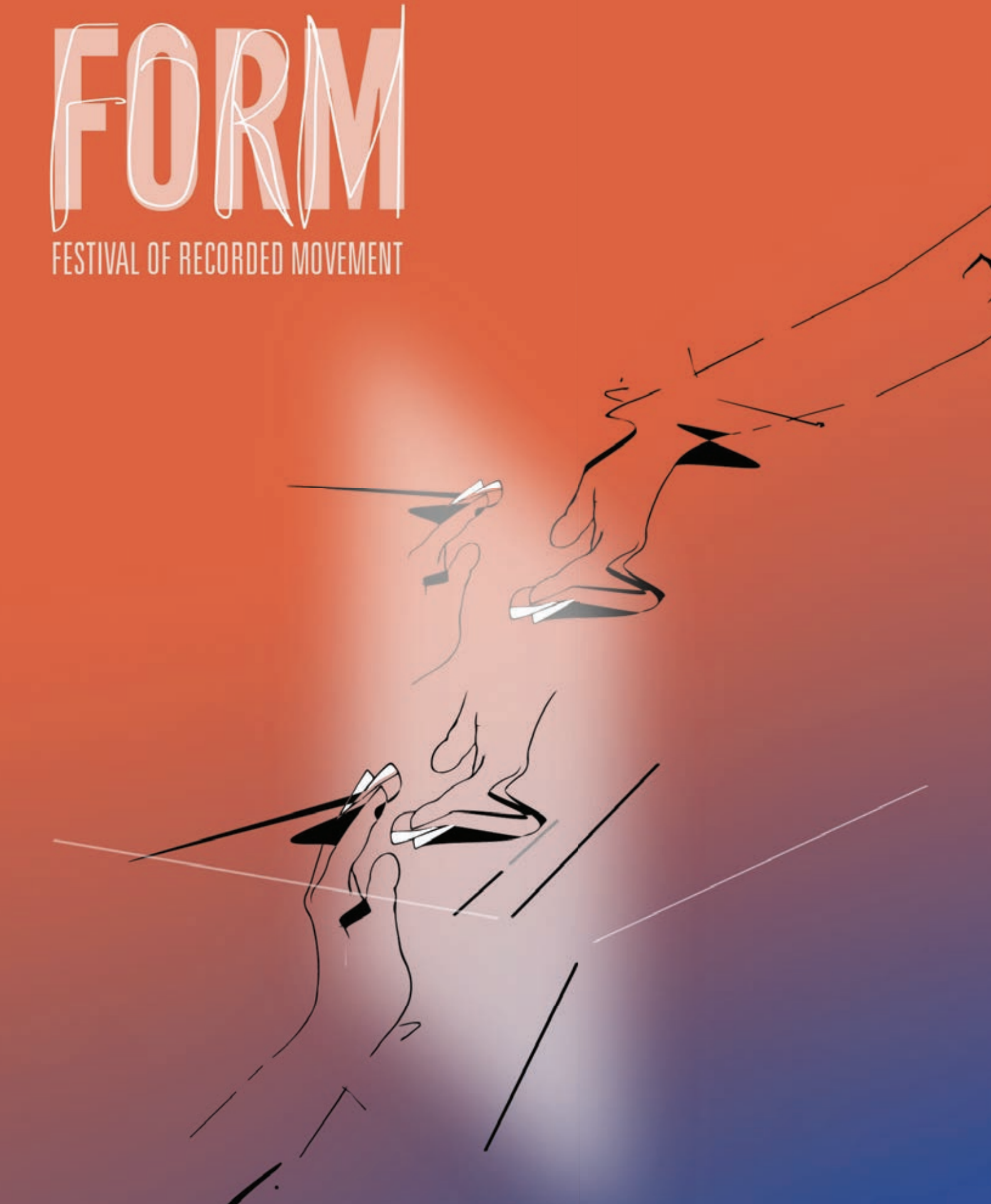 The Festival of Recorded Movement, or F.O.R.M. for short is a festival unlike any other. By that I mean it’s all about experimental films of people moving around and dancing. It must require a lot of fitness to pull off concepts like that. And some serious brainpower. It puts a unique twist because a lot of film festivals mainly focus on the local community stuff and this one focuses on a concept and does efficiently well at doing so. Taking place during afternoons and evenings, I got a glimpse of some of the good times of F.O.R.M like screenings and presentations.

I started myself off with the Fused screening. A great intro to the festival which started out explaining from several festival runners what the fest was all about, and then heading straight into a live streaming of 5 simple films.

Whose Land – Okay, it wasn’t exactly about dancing or featuring dancing in the footage, the shots were mostly nature while a voice talked about the land and if one felt at home in it, if it was truly theirs. A very beautiful film with the thoughtfulness of someone deeply connected to the Earth and some great visuals similar to a KCTS documentary. This plays at the beginning of every single screening, to acknowledge the land we’re on.

Sync – Now this one featured a couple moving and keeping together. Throughout the whole thing they danced around stone stairways and futuristic interiors.  Odd but creative especially in changing of moods as they showed emotions in close-ups

Salty – A woman dances about as we see shots of the sea. Not much unlike some other shots in a movie I reviewed earlier. I liked the woman’s flexibility, and a nice use of simple colour editing tricks too. Simplistic editing but film concept looked complex.

Ctrl R – Two women together run from the danger of the future (in whatever year they’re in) as a drone chases them. This was intense. But it went on a bit too long and the eerie music was a bit much for me to handle

Wires – a video showcasing people moving around through strings. It was dizzying to me, but I liked the narration in between that talked about problems and it was actually fun to see people move around in strings.

In Media Res – Whoa, the mirror effects in this one were a bit much. It was just one man dancing around in the dark, so it was kind of hard to see what was going on and where it was. Okay for what it was worth.

As for other things happening on this online festival, In The Frame with Narrative Portraits, which was hosted by Virginia Duivenvoorden. This workshop showed how to dance and move around, as well as creating storyboards. It also tied in with the Off-The-Wall screening. A great way to learn how to develop dancing and understand how storyboards work when it comes to filmmaking.

Another screening I checked out was called X Marks the Spot, which surprisingly had nothing to do with pirates, but you probably already guessed that. Here are the films featured in that:

In Plain Sight – a few women in Iran start standing at random spots, then they started moving slowly and gracefully. Not much dancing to be honest, making it very mild but it was still interesting to watch.

If – A film that explores the possibility if someone was still alive. Certain amount of interpretative dance among a family of four in a park. Really sad, but beautifully done.

Can you feel me thru the screen – A lot of shots of people interacting with the screen and moving around, almost like the fourth wall was being broken. Interesting mix of dialog with it as well.

Isabel Said… – A story about life, focusing on one’s mother, and lots of body shots. Something very slice-of-life about this one. I liked it even with it being remarkably simpler than the rest.

Hinga – Feelings of internationality mixed with impressive nature shots, as dancers of different cultures move around apart and together. The camera was a little too shaky, but the content was inspiring, especially the narration.

To top it all off, there was a Q&A with some of the filmmakers who explained their filming process in detail AND gave good advice. 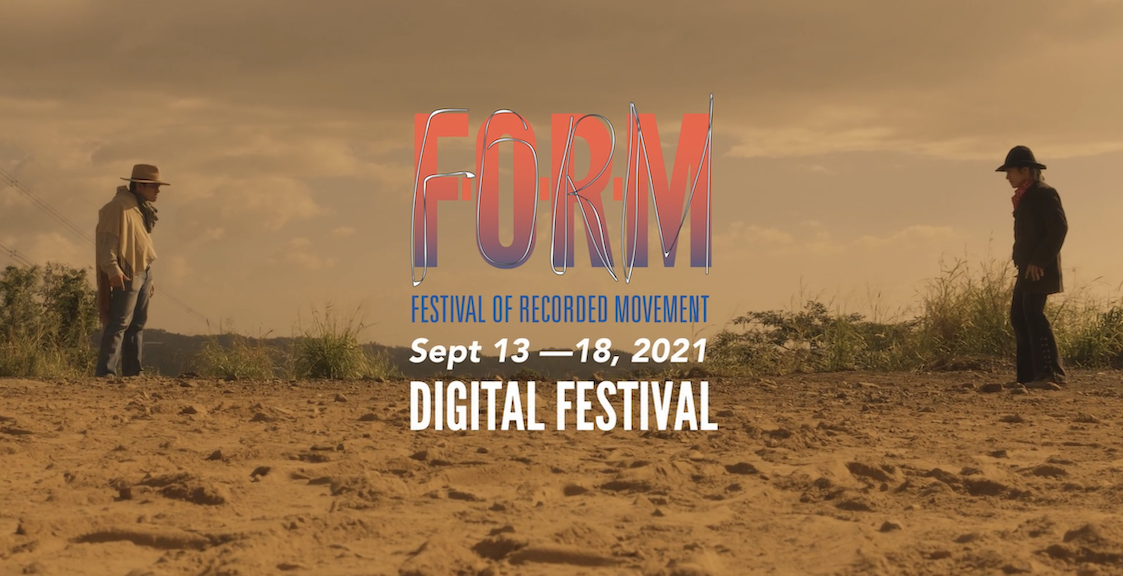 Since I had some availability throughout the day (and needed stress relief) I also got involved in Situating Artistic Practice + Navigating the Frame. For an hour and a half, I watched Tanin Torabi talk more about her film In Plain Sight, inside experience, how she got into dance types of film, and what dance is like in her home of Iran. It’s upsetting but interesting how dancing is strictly forbidden out there. Despite the barriers, there is an understanding for dance and freedom, two things that go well together. Tanin had lived much of her life in Ireland and she once even hosted a ballet class.

Since I had to miss a screener on Thursday for… reasons, the next event I checked out was Directional Honouring with Sophie Dow, a Zoom conference that started out with a tribal song, and a breathing exercise, and it felt fulfilling. It wasn’t about directing films, but more about focusing of the inner feelings of one’s body. A great way to dance much like my interpretative styles.

Wide Stance Dance – Everybody’s doing it from China to France. IT features two people in pink costumes doing pop and lock dancing in all kinds of locations. They also have some black outfits too. I really shouldn’t mock costume design or movement so I’ll say at least it’s creative. Admittedly, I do similar stuff for my Vimeo sometimes.

Booty Freedom – Beautiful women of all shapes and sizes shake their booties in a elaborately choreographed dance number within a giant building and they take the show outside. Be comfortable in your own skin, they say. Incredible choreography and neat concept. That’s what it was.

Shouldering Intervals of Desire – A woman works by herself to stitch bubblewrap carefully into flannel pyjamas. Then she moves around in her interesting new outfit and begins to make a musical beat with somebody else involving an alarm clock and a washing machine. She also walks across long trails of bubble wrap around a single room. The two women do quite some moves together. It was a very impressive piece of work using many different items in a laundromat.

Mountain Duets – As a narrator narrates a poem, we are treated to shots of bodies curled into balls and uncurling into different positions. Slow movements like Tai-chi mixed with yoga. It went on for quite a while because it also featured mountain exploring, moving landscape shots, and tribal singing. Seemed a bit longish but it was still soothing to watch. Kind of reminds me of something Darren covered.

It concluded with a long and interesting Q&A with lots of details. It went on for over an hour but I learned so much about what went into these. If only audience reached out more during these.

To start off the last day of the festival, I was one of the last few attendees for the Tour of the Venus Art Gallery. Before we dived into it, there was an intro by Sophia and Tamar about what to expect. If you thought it was a virtual tour of a new art gallery, it was actually a short film about a fictional art gallery featuring dancing women and lively pictures that seemed to be alive, the colour green, and the song Venus by Lady Gaga sung by Macintosh/Siri voice Samantha. That was so weird but so cool. Nice work with ladies and green screen effects. Some day there will be moving art like that in galleries and museums. You never know.

To wrap it all up was the Commissioned Artist’s World Premieres, a showcase of 5 short films.

Aion – Dedicated to Helen Boyd, the film starts out talking about time as narrated by a deep voice. We then watch as a young man with long hair walks round venues seeing the world around him go in reverse. Some people might see something like this as funny, but I see it as something more about exploring a world where you feel you don’t belong. Our protagonist begins to move around in a floppy style of dance toward s another man playing violin, and wouldn’t you know it, this all takes place near the torch in Vancouver. Wow. It brings back memories. Awesome concept and great familiar scenery.

Heart is A Witness – A little boy on the beach doing interpretative dance with a man. He talks about learning, exploring, the sun, and what love is supposed to be. Some very nice harp music, cool shots fearing sand and sea, and movements in dance that remind me of my own style.

Baby Teeth – Featuring two different dancers as they stand in two locations. One stands in a fish tank in the middle of the woods, the other is in a field with lots of nice soft grass. It may not seem like much, but it shows a lot of energy and really well done shots. It felt like I was in a park, I rarely go to those nowadays.

Roca Morena – A woman in a black dress dances on a beach. With minimal content, I could still feel the many emotions this lady portrayed. It was stunning.

Motherland – It starts with a man who struggles to get off the mattress he slept on, and constantly changes positions. As he gets into an exercise routine, it changes to a different location outside and he goes for a stroll. It’s a movie that plays kind of like an exercise routine and slowly turns into a fight against strange forces that pull the protagonist around. Then going through day-to-day life, but moving around so much, it confuses everybody he passes. A bit dizzying, but interesting to watch.

It ended with another Q&A like every other always did, and then somehow went into talking about time travel. Meanwhile everyone who viewed cast their votes for the best films of the festival. In the end, the winners weren’t announced yet, but I have a feeling they’ll be later on today. You can find out more details at the official website.