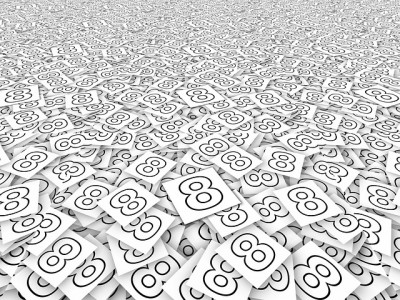 Well, Crazy8s has come and gone.  Every year over thousands of applicants submit their story ideas via video and over time the applicants get whittled down to six who each get only a grand to make their movie idea a reality in a limited amount of time (specifically eight days). This year, all the films were specially premiered at The Centre on Homer St where attire ranged between casual and finest looking. After a long time waiting in line and an even longer time listening to shoutouts/speeches from Ellie Harvie, Paul Armstrong, and the other event hosts, the show finally started. Crazy 8s films certainly are crazy.

A Family of Ghosts: Taking place years ago, a young girl named Abigail is watched by over the ghosts of her deceased grandparents who teach her how to live. They also try to find the right man for her by scaring away every single suitor. Mostly awkward, but the ending was pretty funny. Nice use of olde timey scenery too.

Meet Cute: Evan and Riley are two anonymous people who meet at a wedding and kiss unexpectedly. However, Evan is gay and unsure of how to react to this. Hilarious little comedy that had its moments. Even if some of the plot kind of came out of nowhere.

Trying: At least the production nearly doesn’t live up to the namesake. A couple is trying hard to get pregnant. No matter what they do, nothing works. This one seemed like an altered shortened version of Naked Night Bike to me.

Iteration 1: When a young woman wakes up in a strange room, she has 60 seconds to get out before reincarnating in the same room and figuring out how to escape. The idea of this one feels like it’s been done before, nothing new to me. Felt like a video game in some aspects, but the casting was pretty good.

I Love You So Much It’s Killing Them: Vivian is an accountant and a sociopath. When she develops a crush on the new hunk at her company, she changes slightly. By killing people and taking their possessions as secret admirer gifts for Alex. Okay, the dialogue was well written and hilarious. The story did seem kind of brutal though.

Grocery Store Action Movie: Alex is a simple man tasked with a difficult job — to grab one last item in the store before he loses his spot at the checkout. Basically, excitement and action in a grocery store. If I weren’t a fan of Chad Vader, I’d say this was something original. The cheesiness of it all is pretty straightforward. I give the film a few points for sneaking Mackenzie Gray in there though.

It didn’t last long, but that’s okay considering the afterparty at Science World had more mingling going on. Of course, things were a bit out of control seeing as there was more than just jackets being doffed at the coat check . . .  Also with all the congestion, I had to finish my beer quickly so as not to spill it on some usher who shrieked in a cliche movie manner. Oh well, nothing that can’t be fixed by getting a facial from the chocolate fountain. Wait, I probably shouldn’t have mentioned that…