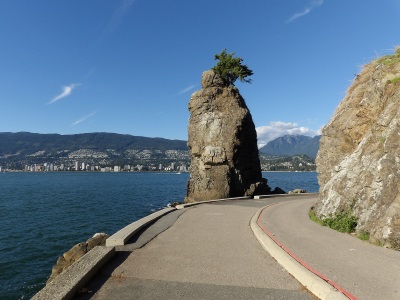 (Via WireService.ca) The 34th annual Vancouver International Film Festival received a record number of submissions for its Best Canadian Short Film award, and has narrowed the field to 42 films, all to be showcased at the Festival opening next week.

In Lifeguard, by Devan Scott and Will Ross, “Over the course of two days, a lifeguard stationed at English Bay undergoes an existential crisis.” Vancouver’s English Bay, however, apparently gets to appear as itself this time.

Also, an Ontario film by Ann Shin, My Enemy, My Brother centres on a Lower Mainland of  BC encounter: “After a fateful confrontation during the Iran-Iraq War, two former enemies meet again by sheer chance in Vancouver.”

In Blue Thunder, from Quebec’s Jean-Marc E. Roy and Philippe David Gagné, a sawmill worker at loose ends in his personal life turns into a wrestler.

You can read all the details at the Festival site. Thirteen films are making their world premieres, while three are making Canadian premieres. As well as all 42 being eligible for the award, emerging filmmakers will be eligible for the Most Promising Director of a Canadian Short Film award. Both include a $2,000 cash prize.