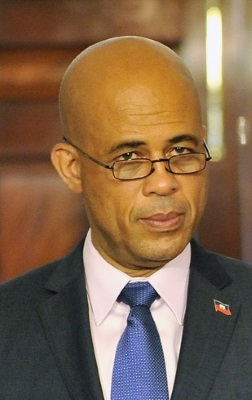 (Via PRNewswire) The 11th Montreal International Black Film Festival has announced its program schedule (running  from September 29 to October 4).

Originally founded and established by the Fabienne Colas Foundation and hosted by Global News (the Montreal Branch) this is Canada’s biggest black film festival which provides programming all about Afro-American history being honoured in all its glory. MIBFF’s main purpose is to promote films “from here and abroad that don’t always make it to the silver screen” raising awareness at the same time. The festival will also include the “Black Market”, a film program for youth, and a variety of events to keep anyone interested for the whole festival.

The opening will include a tribute to Martin King Luther III, for continuing the pursuit of equality for people of all races. One of the many films being presented is Ben Patterson’s Sweet Mickey for President, which documents controversial singer Michel Martelly’s (pictured) successful run for President of Haiti. There’s also a free exhibition showing how African-American women have made their amazing journeys through history despite all their intense struggles.

The “Black Market” will feature some of the greatest industry professionals as they reveal all their experiences on issues in the real world and how they have faced them. And after all the fun of the festival, this year will begin a new set of after parties featuring soul music and jazz musicians happening at the Monument National Café Lounge and le Petit Olympia. For more information on events happening at this must-attend festival, click here.