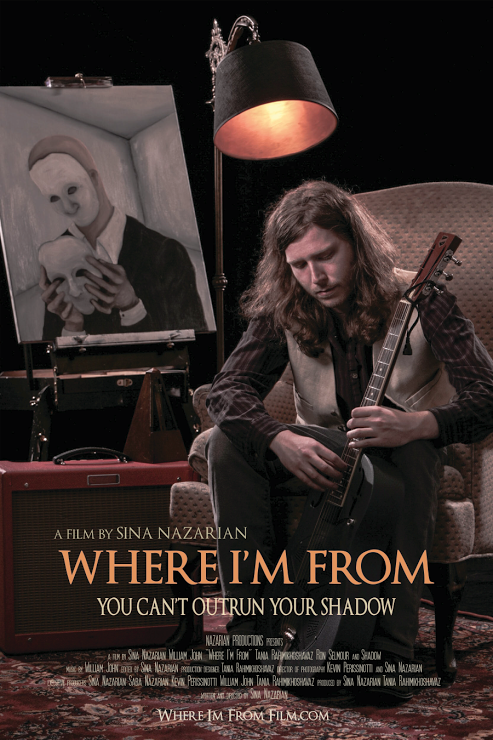 Sina Nazarian is well known as the drummer of The Coalition, which is a three piece band that plays a few different kinds of genres. Recently, Nazarian was in the process of making something like a music video featuring his band’s work, made alongside some artwork made by a close friend, Tania Rahimikhoshavaz. Somehow it changed into an experimental kind of short film instead.

Nazarian’s short film Where I’m From will be showcased at East Van Short Film Showcase on June 5th at the Rio Theatre. Or rather, the first part of the short film will be showcased, and then a crowdfunder campaign will be announced afterwards asking people to donate in order for the remaining 25 minutes to get finished.

Nazarian was never too big on filmmaking until his band introduced him to the concept after their song “What is Happening?” got featured in the dark comedy Lawrence and Holloman. Nazarian started working on the  script for  Where I’m From, which has been heavily influenced by Pink Floyd. While artwork is shown throughout the film in surreal matter and it stars associate William Hodgins (soundtrack provider) along with Tania, the main focus of the film is the music.

The teaser gives  a good idea of what to expect of the five-minute bit that will be showcased. And then later on, the 30-minute short film itself. The visuals look stunning and incredible, and the music sounds relaxing. This film sounds like it has a very artistic feel, and there’s not many movies out there that go with this style.