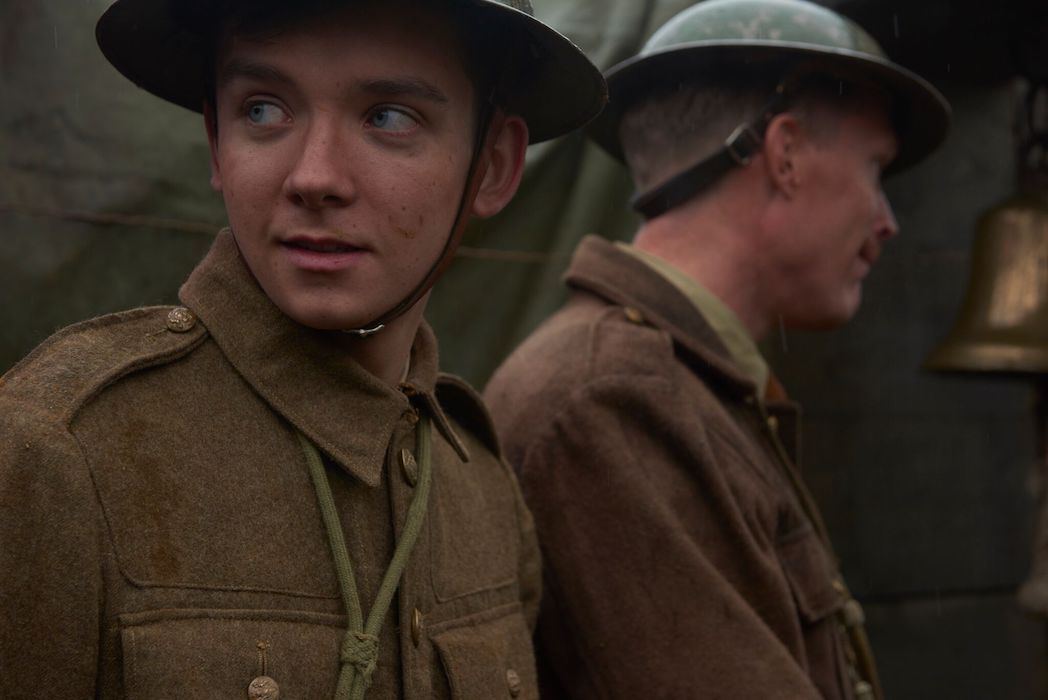 Time for a history lesson. A history lesson in WWI. In Journey’s End, we learn the stories of Captain Stanhope (Claflin) and Raleigh (Butterfield) in the year 1918, WWI’s 4th year while Northern France experiences a stalemate and the British are about to experience a legion of German soldiers ready to assault. First we get introduced to Raleigh who has recently gotten enlisted into the army and wants to fight for his country. Or rather, he wants to be working in Captain Stanhope’s battalion because he and Stanhope have known each other for years. Even though the General doesn’t feel too comfortable about this in particular. Stanhope has problems of his own of course, as it’s only days until the Germans attack.

A very powerful and well-made film, Journey’s End isn’t exactly Canadian-produced. Rather, it had been produced in the UK. But it has been released throughout Canada and is doing well so far. Just last week Journey’s End premiered at Varsity in Toronto, where it was said to be highly successful. A dramatic film with supreme acting, the film has it all, showing very impressive detail into the period of WWI during the year 1918. Adapted from the play written by Simon Reade, and worked on by a crew of many workers who have done notable film work in the UK for many different programs.

Tomorrow the movie will be premiering Nation-wide throughout Canada in many select locations, such as the Princess Theatre in Waterloo and Edmonton, Art Studio and Studio 7 in Regina, the Roxy theatre in Saskatoon, The Vic Theatre in Victoria, and even the Plaza theatre in Calgary. Many more theatres may also be picking up the film and screening it as well. I would recommend everyone to check out this movie as it is intense in feeling. One of Saul Dibb’s finest film adaptations if I must say so myself.