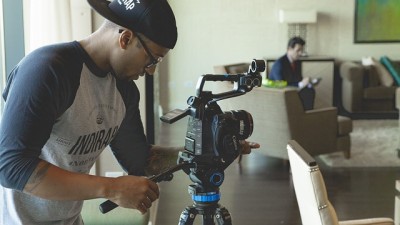 (via CNW) For the fifth year, the Jameson First Shot film competition is accepting entries, as of today. Jameson is working in association with Kevin Spacey, Maggie Gyllenhaal and even Dana Brunetti. The contest is all about finding talented and unknown filmmakers. Giving them a first try at the film industry, contestants are required to write about a subject that they care about, tell a story, and make a movie with their big idea and their creative desires. The three winners will get to see their scripts get turned into actual short films that will star Maggie Gyllenhaal, and the films will premiere in Los Angeles. Aside from that, winners will also get to work with production crews from Hollywood, and even work with the best actors and producers of the world.

This is a rare opportunity to actually make it into the film industry. Kevin Spacey, who is also associated, says the industry is to difficult to join as he speaks from experience himself. Therefore he believes this competition can help some people struggling to enter, if not all. “It’s not about where someone is, it’s about where they might get to in 10 years if they’re encouraged, nurtured and guided,” said Spacey. Taryn Denman, the Brand Manager of Jameson Irish Whiskey, states “With the deep talent pool in our country, we hope we can change the life of another Canadian winner in 2016.”

To apply, applicants must reside within Canada, US, Russia, Ireland, UK, India, South Africa and Australia. Entries will be accepted until January 6, 2016. Details such as theme, length, and general rules for applying are here.