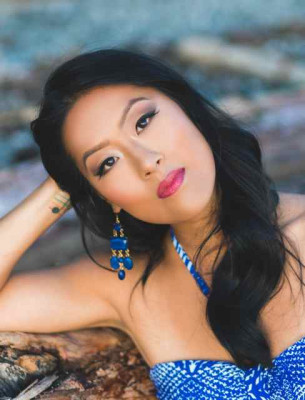 (via Wireservice.ca) Chinese actress Elfina Luk will be starring in a main character role of OMNI TV’s new upcoming series, Blood and Water. Shot in Vancouver, Blood and Water is a trilingual Chinese drama focusing on the life of a billionaire Chinese family, the Xies. Recently, the family has lost their son to a murder and Elfina will be playing his grief-stricken sister. The half-hour series will last a run of eight shows and air Sunday nights at 10 pm on OMNI TV. John Doyle of The Globe and Mail says Elfina’s character will “take over the business empire and has her own agenda and secrets.”

Elfina has been in the film industry for a while and has landed quite a few roles. Her very first role was as a recurring character in DaVinci’s City Hall, one of the most well known series out there. Other appearances include Smallville, Caprica, The L Word, and many more. Elfina has also appeared in feature films such as Helix, an upcoming science fiction release.

Elfina is capable of speaking both Mandarin and Cantonese, being of Chinese background. Since the series is trilingual, this will be a challenge she can relish. She believes that there is no end to learning and growing, and plans to be active in the arts for the long term.  Aside from acting, Elfina also enjoys meditation, martial arts training, and even song and story writing.