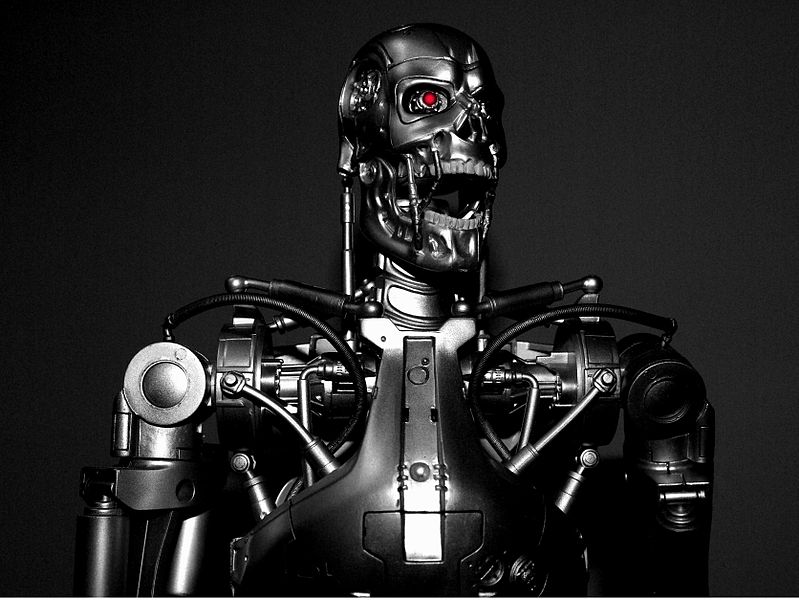 The latest entry into the volatile series of Terminator films, Terminator: Dark Fate, had been touted as the potential saviour of the franchise’s future. Though, if its box office receipts thus far are anything to go by (which they absolutely are), then any chance of future sequels in the long-maligned franchise could be terminated.

The main reason Terminator: Dark Fate is failing boils down to overspending.

Producer James Cameron is no stranger to taking massive risks with potentially disastrous financial implications. Although, with gambles like Titanic and Avatar under his belt, which were the two highest grossing films of all time until the release of Avengers: Endgame earlier this year, it’s fair to say he’s earned the right to be ballsy in his endeavours.

It’s understandable, then, that Cameron would yearn to return to the franchise that helped launch his illustrious career and try to return it to the heights of the original films. Production companies went all in on this premise, taking Cameron onboard as a producer and storywriter, while spending an estimated $185-196 million on the production budget and a further $80-100 million on its marketing. The latter number is especially staggering when you consider that Joker, which has been slaying at the box office and is expected to soon pass the billion dollars globally, had a budget of $55-70 million.

The general rule of thumb is that for a feature film to be considered commercially successful, it must make at least two-and-a-half times its budget. Taking into account the production budget alone, Terminator: Dark Fate would need to make around $500 million at the global box office to be considered a success. Yet this is without considering the roughly $100 million dollars spent on marketing. According to box office experts, to recuperate the film’s total costs alone, it’s estimated that it would have to gross $450-480 million.

Things only get bleaker when you look at the money Terminator: Dark Fate has made since its North American release a little under two weeks ago.

The film underperformed in its opening weekend, only managing a dismal $29 million. While this was enough to nab the top spot in that week’s box office, it’s worth noting that it was initially projected to gross somewhere in the $40 million dollar range, before expectations had to be adjusted following its poor opening day of $10.6 million.

The subsequent weekend was significantly worse, managing only $10.8 million, which is only $200,000 more than its first day, and a 63% drop in the first weekend’s earnings, sending Terminator: Dark Fate tumbling to fifth spot on the box office charts.

Generally speaking, tentpole films that disappoint in the West can turn to the Chinese box office for compensation, but even there Terminator: Dark Fate has fallen alarmingly short, grossing just $28.2 million on a $40-50 million projection.

All this begs the question as to why audiences didn’t show up. True, the numbers required for Terminator: Dark Fate to so much as turn a profit were lofty before it ever hit theatres, but in an age where films are breaking the billion-dollar mark on an increasingly frequent basis, it’s by no means inconceivable to think that Dark Fate could have been a financial success.

While a shortage of marketing certainly can’t be blamed, I believe Terminator: Dark Fate’s failure to draw audiences, at the risk of over-simplifying the matter, comes down to their jaded relationship with the franchise.

While Terminator 3: Rise of the Machines was a serviceable enough sequel to Terminator 2: Judgement Day, Salvation and Genysis were squandered opportunities that failed to impress audiences and critics alike.

Early reactions to the latest entry, then, were admittedly positive, with many labelling it as the best post-Judgement Day film to date, a sentiment I agreed with in my review of the film last week. As the reviews started rolling in, the clear consensus was that the film is good, but not in the same great vein as the original two films.

I don’t think anyone expected Terminator: Dark Fate to reinvent the wheel, but perhaps audiences weren’t necessarily seeking the best sequel to Judgement Day to date, but rather a successor that could match its brilliance in a modernised way. While I would argue that it’s an unfairly high bar to set for this particular sequel, I also acknowledged in my review that Dark Fate makes for a better singular action experience than it does a sequel, which it tries so distractingly hard to be at times.

Nevertheless, Terminator: Dark Fate is still showing in theatres, so it’s a little early yet to make apocalyptic predictions of Skynet proportions. That being said, its global gross at the time of writing is $202,941,367, and with little hope of recapturing any semblance of commercial momentum the film may have had, experts estimate that studios could lose upwards of $100 million when all is said and done. It appears the writing’s very much on the wall for the floundering Terminator franchise.