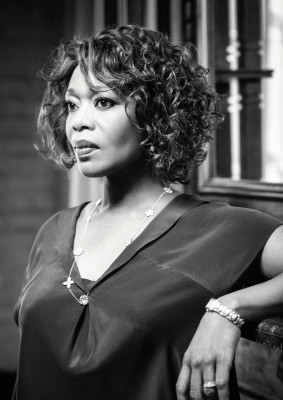 (via CNW) Well known for her award winning roles in films, actress Alfre Woodard will have a special tribute at the Toronto Black Film Festival  with the Career Achievement Award on February 13 2016  in Jackman Hall. This special award has been created by the Fabienne Colas Foundation and is presented by Global News and TD. Fabienne Colas praises Woodard’s hard work saying, “In a year when everyone’s talking about the film industry’s habit of not celebrating black talent, we are proud to honour a true trailblazer.”

Alfre Woodard’s work in film and acting includes nominations for seven SAG awards, 17 Emmys, two Independent Spirit Awards, 4 Golden Globe Nominations, and an Oscar nomination for her role in Cross Creek by Martin Ritt. Out of all the nominations, she has won three SAG’s, four Emmys, two Independent Spirit Awards, and even a Golden Globe. Some of her iconic roles are Mistress Shaw (12 Years A Slave), Ruby Jean Reynolds (True Blood), Ouiser (Steel Magnolias), and many more

Shortly after the award and tribute has been presented to Alfre Woodard, the premiere of the film, Knucklehead will take place. The film tells the story of a man named Langston who is mentally disabled and living with his abusive mother. Langston learns he must find a way to shape his future on his own, despite his condition. This brings him into the strange world of pharmaceuticals and strange people and things that aren’t what they seem. Woodard acts the role of Langston’s mother and will be available after the screening for a Q and A alongside director Ben Bowman and lead actor Gbenga Akinnagbe (Langston).