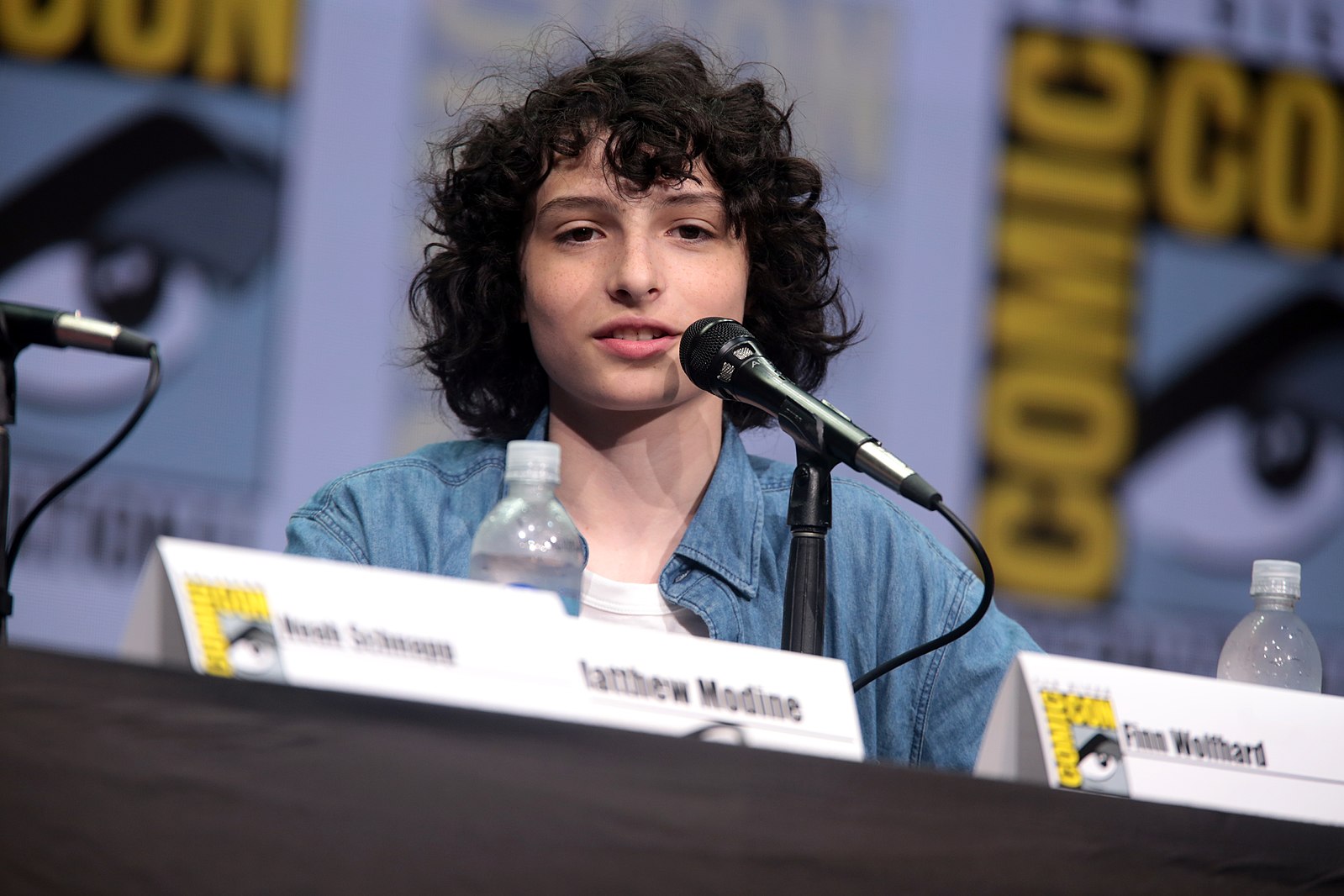 For the vast majority of us, or at least those who haven’t been living under a rock since 2016, Finn Wolfhard first came to our attention as the lead in the smash hit Netflix series Stranger Things. The Vancouver native, who turned 19 last December (they grow up so fast), has been moving from one significant role to the next since his breakout, and with the continuous and coveted work he has been receiving, one has to wonder if he is to be the next major Canadian actor on the world stage.

As is the case with many young actors who “make it”, inherent talent and more than a bit of luck  played a part in Wolfhard’s rapid ascension in the film industry. According to an interview with Dazed back in 2016, mere months after Stranger Things had released and become a cultural phenomenon, the then 13-year-old actor admitted that he landed his first role from a listing on Craigslist, which he admitted “can be sketchy”, before going into further detail about how he landed the role as Mike Wheeler. Wolfhard auditioned by video for Stranger Things co-creators and producers, Mark and Ross Duffer (collectively known as The Duffer Brothers), while he was sick in bed no less, but his talent and self-professed love for retro culture, which the show wholly embraces, led to his being cast as a lead actor on the show alongside the likes of Millie Bobby Brown, David Harbour and Winona Ryder.

Given the huge success of Stranger Things, the roles started coming in quick for Wolfhard, who was cast as a member of The Losers’ Club, Richie Tozier, in Andy Muschietti’s It, which released in 2017 and was immediately recognised as one of the best Stephen King adaptations to date, with Wolfhard being praised as a scene-stealer in the film, second only to Bill Skarsgård’s brilliant turn as Pennywise. The actor would return for flashback sequences in the sequel, It: Chapter 2, in 2019.

More recently, Wolfhard played a leading role in Jason Reitman’s long delayed soft reboot Ghostbusters: Afterlife, which was warmly received and a resounding commercial success, even despite the ongoing pandemic.

Since his breakout, Wolfhard has continued to prove that he is not just an actor, but a multifaceted creative force. He has a natural affinity for voice over roles, having already worked on several major animated productions, which includes 2018’s Howard Lovecraft and the Kingdom of Madness (where his vocal talent featured alongside bona fide industry legends Mark Hamill and the late Christopher Plummer), voicing Pugsley Addams in Greg Tiernan and Conrad Vernon’s The Addams Family the following year, while also voicing Player in the Netflix series Carmen Sandiego from 2019 to 2021.

He is also an avid musician, having released material with his Canadian indie rock group Calpurnia. He has a particular interest in music of the ’80s, which he acknowledges helped with landing his role in Stranger Things, and certainly played a part in landing his most recent role in Jesse Eisenberg’s directorial debut, When You Finish Saving the World, where he plans a teenage folk-rock musician with an online following that baffles his mother, played by Oscar-winner Julianne Moore.

If all that wasn’t enough, he is voicing the ill-fated Lampwick in Guillermo del Toro’s upcoming stop-motion animated adaptation of Pinocchio, of which the first teaser was released today. While the teaser’s tone might seem decidedly light, it is said, in fact, to be a darker take on the original story, which in and of itself was darker than most people realise, thanks in large part to the timeless Disney adaptation.

Considering his talent and established star recognition before even hitting his 20’s, it can be argued that Finn Wolfhard is one major role away from becoming a household name. His only obstacle is landing the one role that can make all the difference. That being said, the young actor’s talent is undeniable, and filmmakers clearly recognise this as the major roles just keep coming in, so perhaps it is only a matter of time. Stranger things have happened, after all.