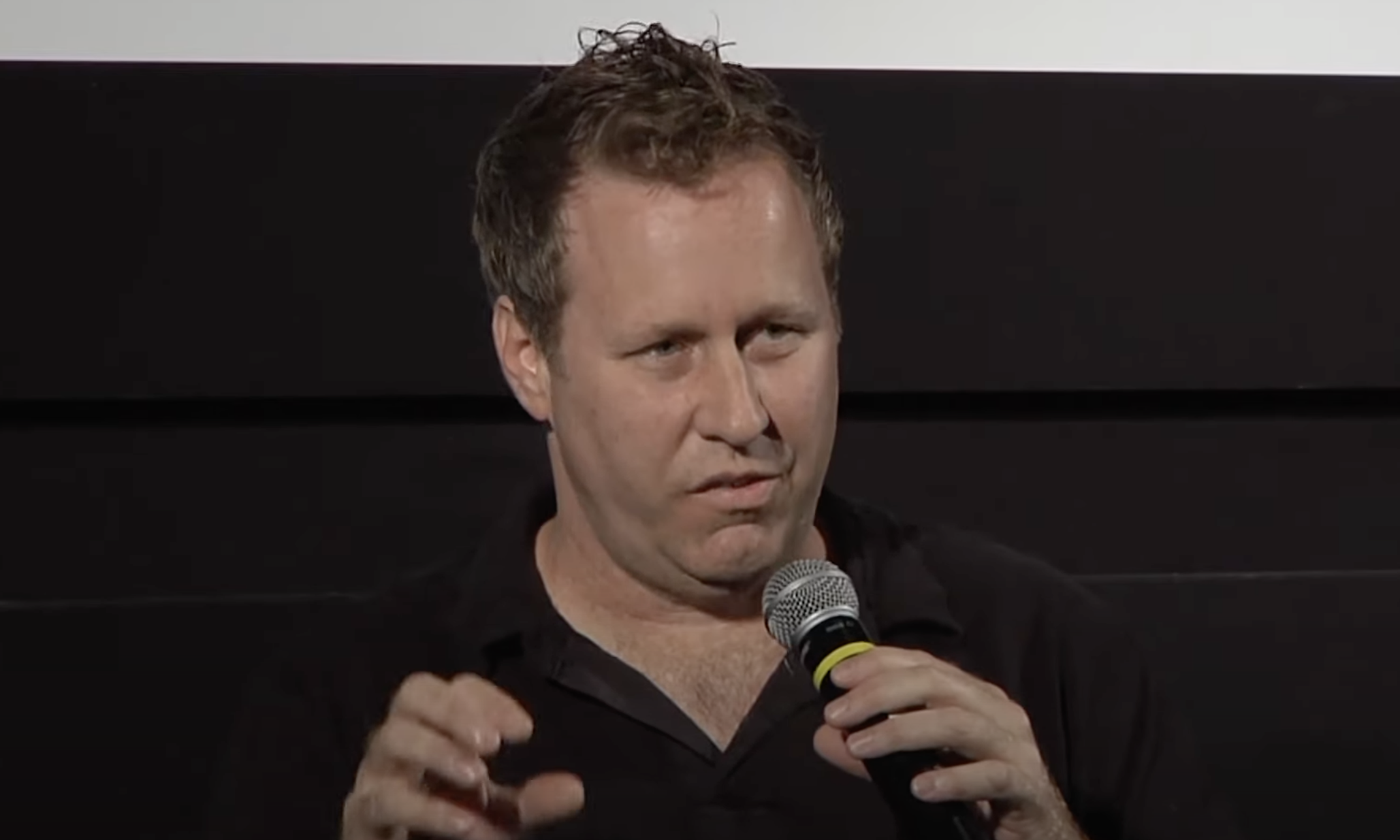 Whenever Pulp Fiction comes up, what immediately comes to mind is one of its many iconic scenes – and the sharp dialogue that comes with them – or its writer and director Quentin Tarantino, whose larger-than-life personality and uniquely auteurist mindset shines through each scene and the characters that populate them. Few ever consider Roger Avary, who was pivotal in creating and structuring Pulp Fiction’s story and ultimately shared the Oscar for Best Original Screenplay with Tarantino, while online sleuthing to better understand the filmmaker only further perpetuates his surprising elusiveness.

That’s not to say that pinning down concrete information on Avary is impossible. The writer and director hails from the whimsical town of Flin Flon, Manitoba, where the “Notable People” section of its Wikipedia page lists twelve individuals, seven of which are hockey players along with one hockey coach, but no mention of Avary himself. You see, Avary is something of an online enigma; I can only get scattershot information on his life, and even then, the trappings of the internet leave me sceptical enough that I cannot say for sure what is true and what is, at best, anecdotal.

This extends to his IMDb page, which does contain interesting nuggets of information on Avary, such as his first meeting Tarantino at a video store they both worked at in the 1980s (which, at a glance, makes sense considering Tarantino did work at a video store during this period), as well as a random factoid about him being a direct descendant of pirate Henry “Long Ben” Avary. But again, these are words on a page without any material to support it, or at least none I could find. Even his biography on the site is by an anonymous contributor, while a noticeable amount of information on Wikipedia is cited from sources that are not readily available online. Avary is almost as mysterious and tantalizingly unresolved as a character from Pulp Fiction.

Speaking of which, many speculate as to his influence on Pulp Fiction, and while some accounts may vary, Tarantino himself confirmed in an interview with creativescreenwriting.com that in the early stages of development it was a series of shorts written by both he and Avary, with the latter’s short eventually becoming the basis for the “Gold Watch” section of the film. In fact, during the same interview Tarantino even somewhat downplays Avary’s involvement in the project, saying “The middle story I adapted from a script that Roger Avery wrote, but you know it was me at page one and it was me at the end. It wasn’t like we weren’t doing it together or anything. I adapted it myself and I made all these changes I was gonna do.” Later in the interview, Tarantino even admitted to taking an ending he didn’t like for a screenplay that Avary wrote called Pandemonium Reigns and (with his permission) essentially reworking it in a way that he felt much improved it. This adds credence to a quote from Avary’s IMDb page, where he reportedly states “I’ve realized that I can’t hang out with him [Tarantino]. I talk with him, and he just sucks stuff from me.”

To say that Avary’s career after Pulp Fiction pales in comparison to Tarantino’s would be a gross understatement, and this is without delving into any form of speculation. As it happens, Avary did write and direct a film released the same year as Pulp Fiction called Killing Zoe, which the late Roger Ebert called “Generation X’s first bank caper movie” and has something of a cult following, but his credits in the years that followed were sporadic, with his greatest success being 2002’s The Rules of Attraction, which received mixed reviews and barely made enough at the box office to be considered “successful,” but has also become another cult hit for Avary in the years since its release.

His most significant post-Pulp Fiction stretch was between roughly 2004-2007, where Avary assisted in writing the screenplays for two big budget productions: Silent Hill, which is an adaptation of the video game franchise of the same name, and Beowulf, another adaptation, this time of an ancient epic poem, which he co-wrote with graphic novel legend Neil Gaiman. Neither were major successes at the box office and while I have never seen Beowulf (though it did receive a generally positive response), I have seen Silent Hill and can confidently say that Avary’s own reservations about the difficulty of adapting a video game were well-founded, as the film is a muddled mess from start to finish.

Things only went downhill for Avary from here, however, as he was involved in a car crash in 2008 that resulted in the death of his passenger, Andrea Zini. Avary was suspected of driving under the influence, eventually being charged with vehicular manslaughter, along with other charges, where he would ultimately be sentenced to a year in work furlough, which essentially allowed him to leave prison and work during the day, before returning to the correctional facility at night, as well as five years’ probation. However, after tweeting about the conditions of the facility, he was stripped of his work furlough privileges and had to serve the remainder of his sentence behind bars full time.

Following his release, Avary would not make another film until 2019’s Lucky Day, which he wrote and directed and is apparently something of a spiritual successor to Killing Zoe, though it received dismal reviews and made a measly $222,945 worldwide, and Box Office Mojo doesn’t even list its domestic U.S. gross, suggesting it was not even released in the country, none of which screams of a comeback.

While IMDb does list an early screenplay from Avary, Black Hole, as being in pre-production with the talented filmmaker of 2015’s Dope, Rick Famuyiwa, reportedly attached to direct, Roger Avary is still something of an enigma. Although reliable information on the filmmaker is hard to come by, there is an undeniably stark contrast between his award-winning contributions to one of the most significant films of the 1990s – and indeed the 20th century – and his gradual downfall both critically and commercially, before a tragic incident of his own doing derailed any momentum gained from the biggest productions of his career. Perhaps we may yet still see a resurgence from Avary, but I wouldn’t hold my breath.