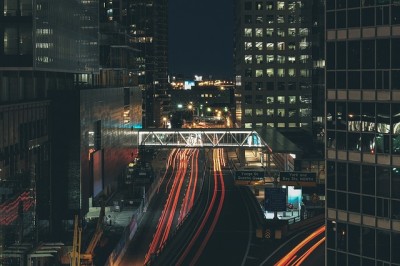 September 11, 2001 is a day I will never forget.  Twenty-one years ago the entire world lived through a documentary that was less than twenty minutes but its ramifications are still being felt. Two airplanes slammed into the twin towers while another plane crashed into the pentagon and a fourth jet crashed somewhere around Pennsylvania. Those few hours changed the trajectory of millions of lives in an emotional sense that most of us never thought possible.  For the first time in our lives we suddenly felt emotionally and physically vulnerable to the possibility of being attacked anywhere, anytime, any place.  Our pedestrian cookie cutter lives which were carefree until the first plane slammed into the World Trade Centre would never be the same.  An entire continent was on edge.  Sales of antidepressants and anxiety medications tripled.  People were afraid to fly, afraid to attend venues with thousands or even hundreds in attendance since they might be Al Qaeda’s next targets.  The world suddenly became a scary place and this was pre-covid. The night before the attack I was at a TIFF party at the Club Monaco flagship store on Bloor Street celebrating Premiere Magazine and perhaps drank a few too many J&B’s.

Afterwards I remember walking the streets of Toronto with my colleague and stopping at a Rabba convenience store for a turkey sandwich that tasted as bad as any four in the morning meat product can taste. The next morning, rocking a vicious hangover, I awoke to the news of the towers being attacked. At the time my girlfriend was attending school in downtown Toronto.  I remember instantly thinking she was in danger. If they could attack New York, was Toronto next? I immediately hailed a cab.  The city was chaotic.  The pervasive news on every radio station was essentially Nostradamus’ end of the world predictions.  The Don Valley Parkway was jam packed, no movement.  I finally arrived downtown where all the buildings were being emptied. TIFF had closed down and many of the guests attending were checking if their loved ones were on the planes.  I ran at top speed weaving through heavy traffic. There were hundreds of people on the streets.  Their faces looked pale, confused — many were sobbing. Nameless faces, fellow humans, stared at screens inside retail stores watching the replay over and over again of the planes hitting the towers as they slowly burned and the innocent jumped out of windows hoping to be saved by an angel. When I arrived at my girlfriend’s school it was empty. My fingers dialed her memorized digits on my Nokia flip phone.  My girlfriend assured me she was safe but was driving to the country to be with her parents and siblings. It would be safer there. Suddenly for the first time in my life I felt intense anxiety free flowing throughout my entire body. Everyone lived their own mini documentary as part of a larger all encompassing documentary on September 11, 2001.

21 years later after dealing with and continuing to cope with the variants of Covid’s cousin Omicron and a devastating pandemic, not to mention Russia’s unprovoked invasion of Ukraine, TIFF has returned for the first in person festival in more than three years. Movie goers are excited to return to the cinemas and check out some incredibly powerful game changing documentaries the festival has to offer.

The documentary, “752 Is Not A Number” had a major effect on the suburban greater Toronto area community I live in. The film tells the true story of Ukrainian flight 752 which was shot down by Iranian military.  A few of the families I personally know had loved ones on the plane. In many ways it was their personal 9.11. I remember their eyes being glued to CNN 24/7 trying to understand how such horror could happen when hundreds of thousands of planes are in the sky everyday. The odds of a family member’s jet being shot out of the sky, is equivalent to winning a lottery. The film is directed by Babak Payami and its main character is a Canadian dentist, Hamed Esmaeilion, who is determined to find justice for the passengers of 752.

On January 8, 2020, Ukraine International Airlines Flight 752 crashed as it was departing Iranian air space. All 176 innocent souls on board never made it home. Many of them were Iranian Canadians. For weeks Iranian authorities denied responsibility, but foreign governments and agencies were positive the plane was shot down by Iranian military. Eventually the Iranian government admitted its military was to blame. However, Initially, there were no answers as to why the plane was fired on or even why it was allowed to take off, since hostilities had broken out in the region in prior days.

This is the story about one man’s quest for truth.  Why was 752 shot down? Hamed’s wife and young daughter were never seen again after boarding 752.  Determined not to be deterred by the Iranian propaganda machine Hamed embarked on an heroic mission to Iran to claim his family’s remains.

Unfortunately, the Iranians government ensured any relevant investigation into the crash by outsiders was almost impossible. They were completely negligent in securing the crash site having bulldozed crucial evidence and refused to provide outside agencies access. Most of Hamed’s contacts claimed to have extensive secret knowledge regarding the crash but they turned out to be scam artists.

Hamed’s heroism, determination and grief are the key ingredients which keep the viewer glued to the screen until the very end.  Watching this professional dentist transform into a man suffering from the psychological trauma of losing his loved ones and scrambling through his own personal hell is  engrossing.  Ultimately the documentary highlights the excellence of Director Payami’s craft.  This is a must see.

”This year’s TIFF Docs lineup has a wonderful mix of joy, creativity, and ingenuity in the face of adversity,” said TIFF Docs programmer Thom Powers, now in his 17th year overseeing the section. “In recent years, we witnessed numerous films launched from this section into distribution deals and Oscar nominations. This year has a rich crop for both.”

Another fascinating documentary which caught my eye was “Flee”. Danish filmmaker Jonas Poher Rasmussen’s animated documentary depicts Nawabi who was forced to flee Afghanistan as a child refugee relying on human smugglers to reach his new home of Denmark. The film picked up the Grand Jury Prize for world cinema documentary at this year’s Sundance Film Festival. Rasmussen met Nawabi while they were both attending high school and thirty years later shared his life story with the filmmaker. He explained the reasons his family had no alternative but to escape Afghanistan, how he became separated from his siblings in Russia, and why he revealed that he was a gay man in northern Europe. The audience watches Nawabi cross borders both physically, emotionally and psychologically as he’s constantly pushed into life-or-death circumstances. Despite the intensity of the film there are moments of comic relief as the main character navigates young love. Ultimately it’s Nwabi’s courage to confront his deepest fears which lends itself to Flee being a documentary that needs to be seen on the silver screen.

There are a plethora of documentaries gunning for major awards this festival season. Powers is of the belief TIFF’s  opening night selection, “Louis Armstrong’s Black & Blues,” from journalist and filmmaker Sacha Jenkins, is a front runner for major hardware. The AppleTV+ documentary illuminates a unique perspective regarding Armstrong’s legacy via intimate audio recordings that the musician produced in addition to rare performance footage.

In Her Hands,  from Executive Producers  Hillary Rodham Clinton and her daughter Chelsea Clinton directed, by Tamana Ayazi and Oscar nominee Marcel Mettelsiefen, focuses on Afghan’s youngest female mayor Zarifa Ghafara in the months before the Taliban takeover.  Zarifa is forced to confront danger, uncertainty, and personal turmoil as the world watches Kabul fall to the Taliban. Scenes of chaos, anxiety, and fear dominate the media. In Her Hands is intertwined with the stories of Zarifa’s bodyguard, Massoum and a commander in the Taliban army, Musafer.

The directing team offers the audience unfettered unique access as we see Zarifa struggle with several layers of political and personal turmoil, including a difficult relationship with her father (a leader in the Afghan military) and a dilemma over working with her bodyguard against the constant threat of assassination.

As US troops prepared to leave the country they had torn apart decades earlier, then rebuilt, the Taliban increased attacks on political officials. It becomes clear Zarifia and her fiancé, Bashir, will be in serious danger if they fail to leave the country.  Zarifa’s audacity has already given her the distinction of “hero” within the Human Rights circles but this documentary provides her the opportunity to make a statement on a world stage.  This may be the most important documentary of the festival to take in.

“It was an eye-opening and overwhelming experience to tell the story of my homeland, Afghanistan, through the diverse perspectives of a female politician, an ordinary citizen and a Taliban commander,” said Ayazi. “This is not just a film for me, it tells my story and the story of millions of Afghans.”

Mettelsiefen also commented on their work, “Documentary filmmaking is always a journey into the unknown, but no one could have ever imagined what a dramatic journey it would be when we started filming in January 2020. Two and a half years later, we are faced with a humanitarian crisis in Afghanistan that urgently needs to be resolved. Zarifa’s fate is one of countless Afghans and at the same time a wake-up call not to forget Afghanistan.”

Overall the documentaries at TIFF 2022 are tremendous. They focus on human rights, war, racism, transgender issues, Canadian themes, First Nations problems, but most assuredly the films cover the plight of the human condition and our reaction to a constantly changing world of compliance and revolution. The TIFF 2022 docs are in a class of their own and will be remembered for decades to come.  My girlfriend and I  broke up a week later across from Maple Leaf Gardens putting the finishing touches to our own true story.