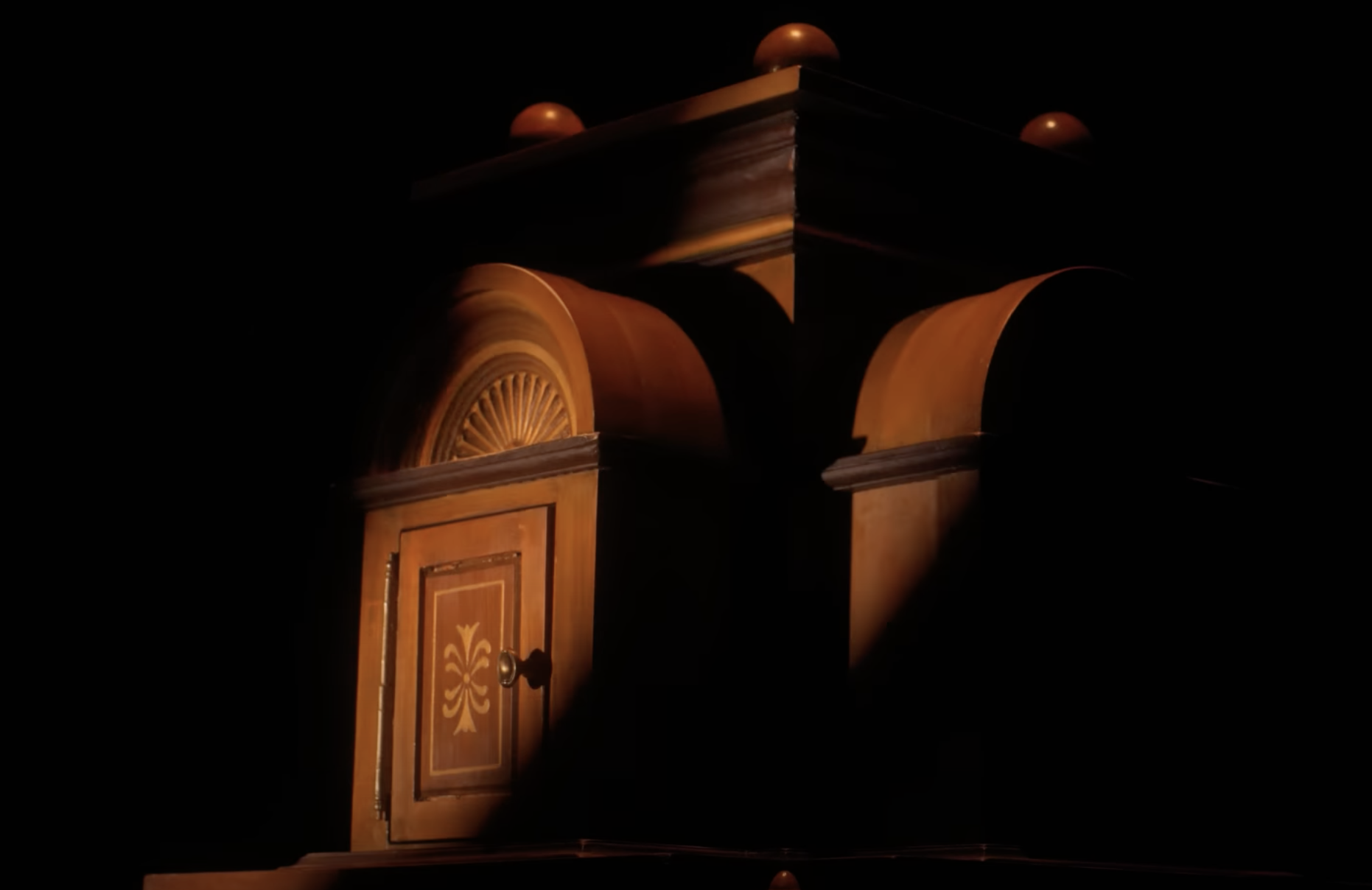 Mexican extraordinaire and resident Ontario filmmaker Guillermo del Toro has been a busy man as of late. You might have seen his name pop up more than once in recent weeks, and no, it wasn’t your imagination. Not only is he overseeing the release of two productions in the span of just under seven weeks, but he’s even slapped his name onto both titles: Guillermo del Toro’s Cabinet of Curiosities and an adaptation of The Adventures of Pinocchio called – you guessed it – Guillermo del Toro’s Pinocchio. While the latter won’t see a wide release on Netlfix until December 9th, it has already received widespread acclaim (especially in comparison to that live-action feature from Disney), and interestingly is the first major production del Toro has made outside of Canada since 2008’s Hellboy II: The Golden Army. However, October 25th saw the release of the Cabinet of Curiosities, a production that has at least one foot firmly planted in Canada, as it was not only shot in Ontario, but features a notable number of well-selected homegrown talent both in front of and behind the camera.

In case you’re unaware of what Cabinet of Curiosities entails, it’s an anthology series consisting of eight episodes that features a different writer, director and cast for each episode, allowing for each of these filmmakers’ respective cinematic voice to shine through, unified by del Toro’s specific vision…oh, and he’s also the narrator.

The first batch of Canuck talent crops up in episode two, “Graveyard Rats”, which was written and directed by Vincenzo Natali. Natali is a legend of Canadian horror who has directed the likes of Splice, and, more recently, the Stephen King adaptation In the Tall Grass, though he is undeniably best known for co-writing and directing the 1997 major cult classic Cube. However, Natali also has extensive experience writing and directing television, having worked on productions such as Hannibal, Orphan Black, Westworld and del Toro’s own show The Strain to name but a few of his credits. “Graveyard Rats” is led by Natali’s frequent collaborator David Hewlett (who has appeared in five of the six films from the filmmaker), though he too has previously worked with del Toro, playing a supporting role in the multi-Oscar-winning fantasy drama The Shape of Water. The episode also features Julian Richings, who is hardly a household name, but also boasts a filmography so impressively extensive that you have more than likely encountered his distinctive features at some point.

While there is a slight gap in Canadian talent behind the camera between episodes three to six, the sixth episode does feature another legend, Academy Award-nominee Nia Vardalos, best known for writing and playing the lead role in the sleeper hit My Big Fat Greek Wedding, which still reigns as the highest grossing romantic comedy of all time exactly twenty years on. She is joined by Toronto actress Tenika Davis, whose work extends largely into television, having more recently featured in superhero shows Jupiter’s Legacy and Titans.

After something of a gap, the second and final episode to be helmed by a Canadian filmmaker is “The Viewing”, with directing and co-writing duties handled by none other than rising star Panos Cosmatos. While he is still something of an unknown commodity to the average filmgoer, Cosmatos (along with Brandon Cronenberg, who would surely be a shoo-in for a hypothetical second season) is one of the most unique filmmakers Canada has to offer, even with a two-feature sample size. While his 2010 debut feature showed promise – but also a director finding his way, his sophomore effort, the Nicholas Cage-led Mandy, not only proved Cosmatos’ immense growth in the eight years since his debut, but also boasted one of the best performances of Cage’s career, with a story just crazy enough for the unpredictable actor, proving to be one of the most wildly inventive films to come from a Canadian in recent years. The episode also features Canadian actor Michael Therriault who, again, is far from a widely known name, but is very much an established and respected actor in the theatre community.

As an honourable mention, it’s also worth noting that episode four, “The Outside”, was adapted from the webcomic Some Other Animal’s Meat, which was written by London, Ontario writer Emily Carroll.

I will revisit Guillermo del Toro’s Cabinet of Curiosities to offer my thoughts on the series once I have finished it, so stay tuned, and be sure to give the show a try if you haven’t already!