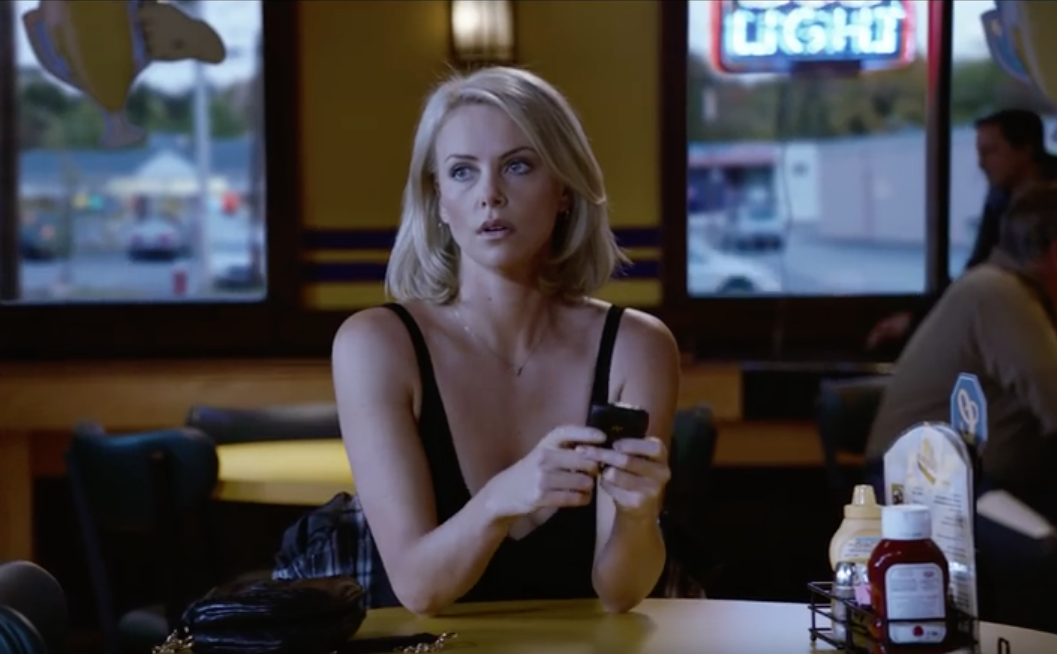 Jason Reitman has a knack for approaching mature, socially relevant themes with his trademark flare for finding the comedy in it all. I had expressed as much in my review of his debut feature film, Thank You for Smoking, last week. While that film was a biting satire full of caricatures, his follow-up film, the Oscar-winning Juno, was more down-to-earth, filled with colourful writing and relatable, comedy-infused drama.

At first glance, it would seem that one of his later films (and his third collaboration with Juno writer, Diablo Cody), 2011’s Young Adult, follows a similar path in how it balances its comedic tone with the film’s subject matter. And while there is a bit of comedy thrown into the mix, Young Adult is closer to a dramatic portrayal on the effects of depression than it is a dramedy.

Led by an ever-impressive Charlize Theron, the film wastes no time immersing us in the unfulfilling life of her character, divorced ghost writer and alcoholic Mavis Gary. Mavis feels she has little purpose in life, other than writing a series of books for which she receives little credit, until she gets an email from her high school ex, Buddy (Patrick Wilson), announcing the arrival of his newborn child. Despite knowing that Buddy is married and now has a family, Mavis decides they are meant to be together, and so she returns to the hometown she hates to try and ‘win him back.’

To address what obviously stands out in my description above, yes, what Mavis sets out to do sounds terrible, and to an extent it is. Such a depiction of character could have gone so very wrong, but thanks to Cody’s sympathetic writing, teamed with Reitman’s balanced direction, the film turns Mavis’ intentions, and her consequent actions, into more of a character study.

While Theron’s Davis is no doubt the star of the show, the film would not have been a success without its supporting cast of characters. Buddy is a boring guy, but a good man nonetheless who loves his family. Thankfully, Patton Oswald’s character Matt picks up the slack in the personality department, offering up a nuanced straight-man to Theron’s Mavis, while still being compellingly damaged in his own way. It also helps that Theron and Oswald have great chemistry. I’m sure very few people, including myself, would have ever guessed that such a pairing could have worked so well, and it’s a testament to Reitman’s casting choices throughout his career.

Coming back to the screenplay though, while Cody’s dialogue can be a little too forward instead of letting the subtext do the talking, the final act’s revealing nature shifted my perspective on Mavis as a human being, taking her from conniving and self-serving, to sympathetically tragic. And if a screenplay does not do much in the way of evolving its character, it should instead change the viewer’s outlook on the character in a significant way, which is where Cody and Reitman have truly succeeded here.

What’s interesting is that this not a film where someone has suffered a tragedy and then has to push on through it, learning a lot in the process. Instead, we are thrown into the tragedy, and the film’s end leaves us where the change begins, which is a brave move for both writer and director.

So while this is ultimately not Reitman’s best film, nor Cody’s best screenplay (because Juno is a tough act to beat), let this not undermine their achievements here. It is still an affective, at times hard-hitting portrayal of a woman falling apart, blinded by her own depression. While I did initially find the film’s ending to be a little abrupt and unfair to Oswald’s character, the time I had to reflect made me realise that it is the ending that Theron’s Mavis deserves, even if I’m sure some viewers would disagree.