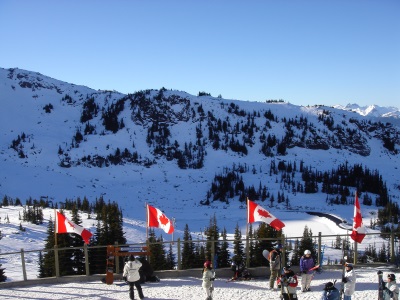 Honestly, I didn’t attend WFF this year, as you may (or may not) have noticed. But I still did some coverage anyway. A couple of capsule reviews amidst the storms we’re currently having in our province. Two very real stories with powerful feelings.

Mortality is a big thing to think about, especially when you’re in your last few days of life. I thought about it for years, since that day I saw it on TV, to my morbid sense of humour making funeral themed comics for cartoon characters. I’ve been thinking of it even more these past few months, because of something that happened. But now let’s focus on this movie. Jimmy (james Carrozo) is an elderly man who still knows how to have fun. He recently came up with a memorial service called a fun-eral and has invited his closest friends and neighbours along with some other people. This comes as a slight surprise to his caretaker Remi (Reshma Gajjar). Jim also finds himself seeing a strange spirit who calls itself his intuition (Lan Ben Porat), and deals with having Alzheimers, but he enjoys every minute of his life as if it were his last, which it is. First he speaks to a writer of memoirs named Andrew (Lou Taylor Pucci), who conducts an interview. This goes back into Jimmy’s olden days and he remembers childhood. Jimmy also talks about his obsession with the moon landing, his collection of moon memorabilia (hence the name), and his musical abilities as a singer. Jim also talks about one of his ex-lovers, another man named Rick (Miles Crawford) who he met at an audition. Sadly, Rick died during the AIDS epidemic. Meanwhile, all kinds of interesting guests show up outside Jim’s front door such as his death-doula Fritti (Debra Wilson) and two members of a church forbidding his kind of ceremony by protesting with megaphones

A beautifully made feature with both soothing visuals and good silly humour. The flashbacks are so interesting and show periods of time I’ve never been around for but they looked like fantastic periods of time. What I also like is how this film can conjure and collect so many emotions with not only a wide ranger of actors, but them having a wide range of moods and feelings, talking about death, family, and many complications. It really gets dark and disturbing at the end, but still ends on a high note. Maybe this is how my death should go.

Let me tell you a strong Indigenous woman named Spencer O’Brien. She’s amazing, she’s cool, people listen to whatever she has to say. I’ll bet anyone could say just how awesome she is in the comments. Why is that? Because she is a champion snowboarder. The whole documentary tells about her life. First it starts out with her family in Alert Bay talking about her childhood. She seemed like a hardworking girl but as the youngest sibling but she was prone to poor sportsmanship and competitive attitude. My brother was similar. Anyways, the family often took trips to Mt. Cain and they would go up there for skiing. Eventually, Spencer took up snowboarding and had lots more fun with it. Spencer then got a sponsor named Jeff Martino who explains she was persistent and said she contacted him on her own without the help of parents. Jeff finally gave in and sponsored him. From there, Spencer got better and continued to improve. As she improved, her story becomes darker too because her sister Avis had a problem with drugs. But despite the issue, Avis got over her issues, and the family came together for a feast at a First Nations Ceremony where they got their Coquihalla names. The documentary also features Spencer’s former competitors, coaches, sponsors, and other people who supported her throughout her ambitious life. But living a life like that is edgy and dangerous and fast-paced, there’s always the oddity of accidents. Spencer’s body couldn’t take too much extreme sports and eventually after a great fall, it was too hard for her to move. This caused Spencer to shut herself out from the world and nobody saw her for long periods of time. The doctor found out she has arthritis and now it’s likely Spencer would never snowboard again. But thanks to a prescribed steroid, Spencer is up and at ‘em again. Soon, she sees gold as she wins the Golden Medal despite her condition.

This is one of those success stories that you think you’ve seen but really, there are some major differences. It’s an Indigenous woman and they need all the support they can get. Plus, it’s pretty cool to see an Indigenous woman as an athlete. I’ve never been much into sports and olympics unless I had to cover them for school assignments but when it comes to success stories and seeing people work hard to overcome obstacles, especially difficult ones like the ones mentioned, it gives me an incredible feeling. Everything about this is intense. Great b-roll footage of snowboarding and mountains, genuine interviews made with real feeling, and a story that people can understand and relate to. No better combination than family and extreme sports, mixed in this masterpiece.