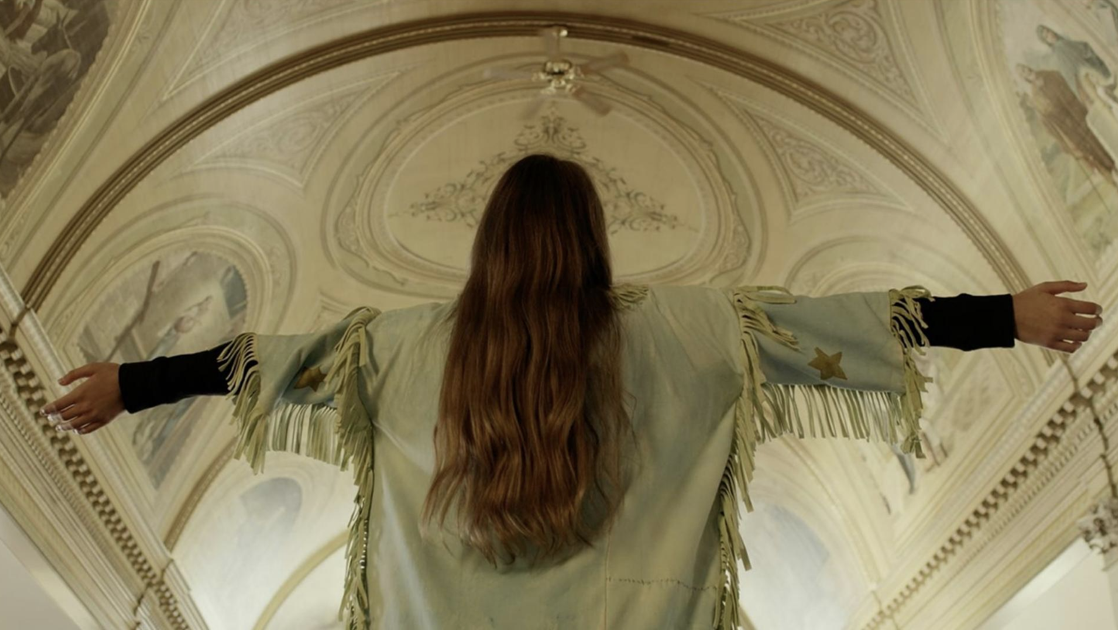 It’s a rather cruel irony that a potentially unifying concept, the belief in a higher power, turns out to be one of the most divisive. The list of candidates for the creator of life is a long one and each has its own army of defenders. We’ve all likely experienced the phenomenon of duelling street preachers but a whole new level of holy war is depicted in Jeremy Torrie’s indie supernatural thriller The Corruption of Divine Providence.

In the fictional village of St. Michel, Manitoba a Métis teenager, Jeanne (Ali Skovbye) has been struck with a violent case of stigmata, mirroring the wounds of the crucified Jesus Christ. Her alcoholic father Louie (David La Haye) is convinced that this ailment makes her God’s chosen one…or at least a route to a six figure payday courtesy of slimy Texas televangelist Peter Wolf (Corey Sevier).

Her mother Danielle (Elyse Levesque) isn’t quite convinced of divine intervention and seeks the consultation of globetrotting spiritualist Juniper Fairweather (Tantoo Cardinal) to dig deeper into the strange going-ons which by now include ongoing stigmata, occasional demonic possession, a sudden kidnapping and a curious entourage of sentient salamanders (better seen than described). As Christ’s faithful and local First Nations zero in on Jeanne, all seeking validation of their beliefs, the faithful may be in for a rude awakening at what they ultimately find.

The Corruption of Divine Providence title refers to God’s intervention into the human world and how that intervention can easily be manipulated by conflicting interpretations. It’s a meaty subject that Torries grants plenty of style through moody cinematography, slick editing and immersive sound design. This very focus on style seems to have also obscured whatever substance the original screenplay may have had.

The film is kept afloat by winning performances from La Haye, Levesque, and the ever-reliable Cardinal making the most of her limited screen time as the capable Juniper, but I’ll be damned if I can figure out what was going on with Skovbye’s Jeanne. Treated as little more than a mcguffin for over half the runtime, Jeanne is given precious little character or personality for the audience to attach themselves to. The film itself seems wary enough about this to throw in what must be cinema’s 1000th Exorcist “homage”, a trope that needed to be retired with the 20th Century. Ali Skovbye herself seems just as confused as the audience so Jeanne may as well have been played by a sack of flour for all the impact she has.

You can tell the most about a film by how it leaves you feeling as you watch the end credits scroll. In the end we are given 95 minutes that raise plenty of ideas with alarmingly little idea of what to do with them. That being said, Juniper and the salamanders may prove worthy of a spin-off…

The Corruption of Divine Providence screens as part of a virtual Whistler Film Festival, available to screen online Dec 7-31.