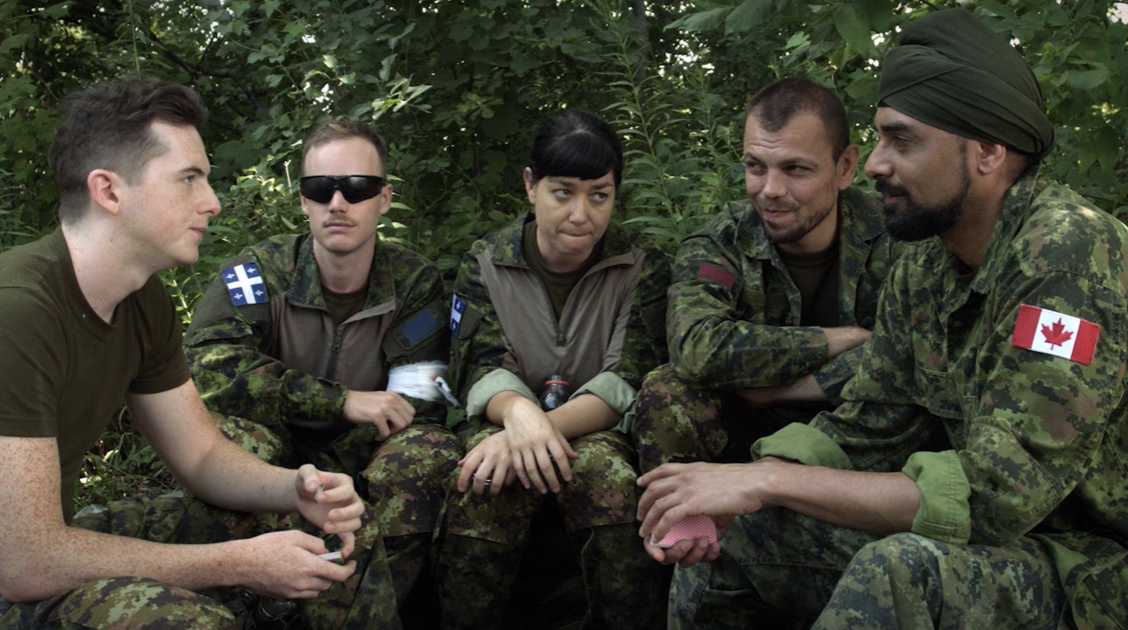 “Canadian democracy is under threat….from democracy.”

Separation seems to have become all the wage in the wake of Britain’s infamous egress from the European Union, popularly known as “Brexit”. Not wanting to be left out, various other nations, states and provinces have begun flirting with the idea of striking it out on their own, including Alberta and Saskatchewan where western alienation is manifesting itself in #WEXIT movement. With all this, it would be no small wonder if the O.G separatists from Quebec would want a third try at bat after two failed referendums on separation from Canadian confederation. Joshua Demer’s Québexit puts the hypothetical results of such a successful referendum on comedic display.

In the wake of an extremely narrow referendum result, Quebec has declared itself an independent sovereign nation, with members of locally stationed armed forces declaring loyalty to the new republic and setting up checkpoints at the borders. Ottawa isn’t taking this lying down, especially with a planned pipeline between Alberta and the Maritimes on the line. The feds refuse to recognize the referendum as legitimate (the question wasn’t “clear”!) and send in the anglophone armed forces to keep the borders open.

“The Canadian military isn’t equipped to fight against itself.”

The stage is set at a lonely border crossing between Quebec and New Brunswick (which even the film’s newscasters have trouble locating on the map) where Team Quebec, led by Lt. Hassan (Xavier Yuvens) faces off against Team Canada captained by  2nd Lt. Sauvé (Alison Louder). Both factions refuse to give up any ground, much to the consternation of bewildered traveler Jonathan (Florian Francois) and to the delight of attention-seeking news blogger Krystal (Valérie Descheneaux).

Meanwhile, the local Mi’kmaq led by the rebellious Cree Meetos (Gail Maurice) and reluctant sister Susan (Nicole Joy Fraser) see this mini-mayhem as an opportunity to assert their rights to their traditional homeland by blockading the border entirely. As governments on both sides struggle to come to terms as international embarrassment mounts, the answer may lie in less press conferences and more Celine Dion singalongs to untangle this debacle.

“As a Newfoundlander, I’d like to invite you both to go fuck yourselves.”

Larger-than-life problems are often best explored via microcosm and Québexit delivers a farce worthy of the comedy greats. From pipeline politics to regional angst (“Fucking New Brunswick!” the film’s chyrons constantly lament) to long-unsettled Indigenous issues, there’s something here for every part of confederation, all rendered in a sidesplitting trilingual script of French, English and Cree.

Bringing all this to life is a diverse cast bringing their A-game. Yuvens and Louder play a tantalizing match of chess, each attempting to save face while keeping their trigger-happy companies in line. Maurice shines as the proud Mi’kmaq blockade leader who takes no guff from anyone, not even family. Prime Minister Justin Trudeau manages a scene-stealing appearance via out-of-context stock footage.

The film manages to make the clearly budget-friendly location of a lonely country road work in its favour, acting as a pitch perfect canvas for wacky human drama to ensue. Even the more budget-conscious trappings of poor CGI and amateur greeking (covering logos) fail to dampen the fun.

It’s a real tragedy that Covid-19 will deprive Canadians from communally experiencing this national farce in a theatre. Like Canadian Strain before it, Québexit takes a set of distinctly Canadian problems and reflects them back to us on the screen. After all, if our tax dollars are going to go towards screen-based content, shouldn’t they be doing this anyway?