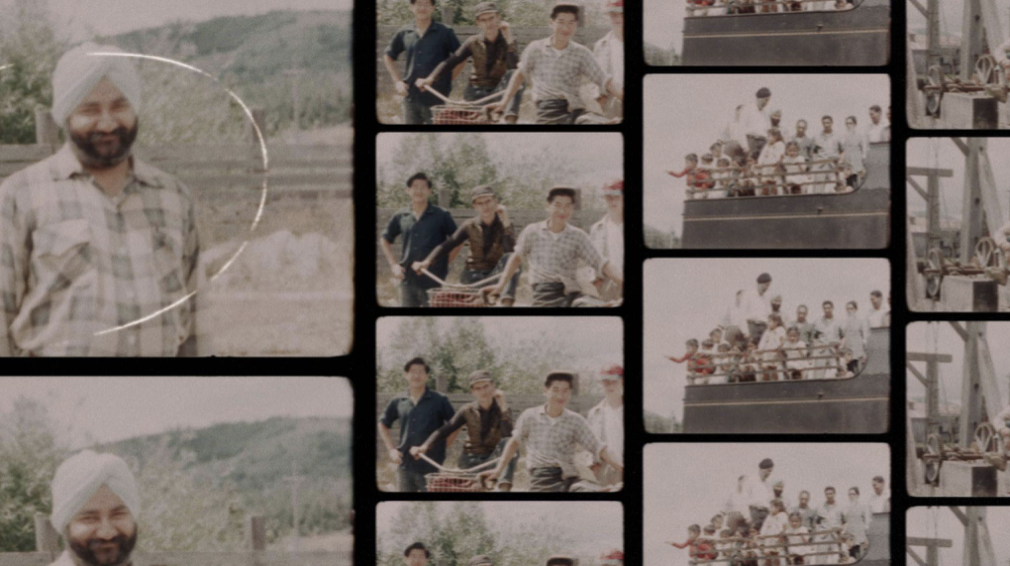 “The process of silencing makes a lot of noise.”

They say history is written by the winners or at the very least, the people in charge. When we visit a museum or read about local history, we tend to form a collective mainstream narrative about how our communities came to be. Here in Western Canada, history is marked by a general presence of Indigenous people, but the story doesn’t usually begin until European contact and is then often told through the latter’s achievements (railways, buildings, political events, etc). The new NFB doc Unarchived endeavours to fill in some of the cracks left by traditional historians.

The film centres on several efforts of marginalised communities in BC to document their own history. Ron Dutton has spent years saving every scrap of Vancouver LGBTQ memorbilia he can, ranging from protest & event posters to newspaper articles and flyers. His work compiling the hard-copy history of the local queer community proves to be a valuable contribution to local history of which sheer size compels him to donate the bulk of the collection to the city archives.

Dr. Aaron Devor is the foremost expert on BC trans history and oversees the Transgender archive at UVic, an effort most appreciated by visiting librarian and young fellow Trans man Magnus Berg, who relishes the opportunity to see the history of people he can identify with, but also reckoning with the harsh traditional media lens through which they were portrayed.

Dr. Satwinder Kaur Bains strives to piece together the under-documented history of South Asian British Columbians, especially those from the former Vancouver Island community of Paldi, which was a true racial melting pot of South Asian, Japanese and White families in a more segregated time. Dr. Imogene Lim relates the mission of the Chinese Canadian Museum which documents the extreme historical bias the community faced and the disturbing contemporary parallels during the COVID era.

Finally, Sandra Marion represents the Tahltan Central Government as she journeys to the Royal British Columbia Museum with the mission to initiate repatriation of Indigenous artefacts taken from their communities generations earlier. She encounters frustrating bureaucratic inertia as the museum grapples with outdated exhibits and antiquated direction.

Deftly juggling multiple subjects within its mandate, Unarchived capably manages to bring history alive via the fresh perspectives and eclectic presentation. The film clearly states its case for the recognition of overlooked histories and the importance of inclusivity in cultural narratives. As memories fade and physical documents and artefacts crumble, this work is more important and timely than ever.

For all its gusto in reshaping the conversation around history and how its related to the public, the film displays a rather disturbing indifference to the recent cultural trend of violent mobs brazenly vandalising and tearing down colonial monuments they find triggering. The doc presents several clips of statues like James Cook in Victoria and Gassy Jack in Vancouver being pulled down by throngs of cheering protesters without any real comment as if passively approving this reprehensible behaviour. The filmmakers are certainly allowed their opinion, but this strikes me as a rather irresponsible one.

Unarchived earns its place as an important historical signpost on the road to reconciliation with Indigenous peoples and other marginalised communities. If you can overlook some of its morally grey moments, you’ll be treated to an eye-opening experience that will whet your appetite for local history and may even you look at your local museum differently.