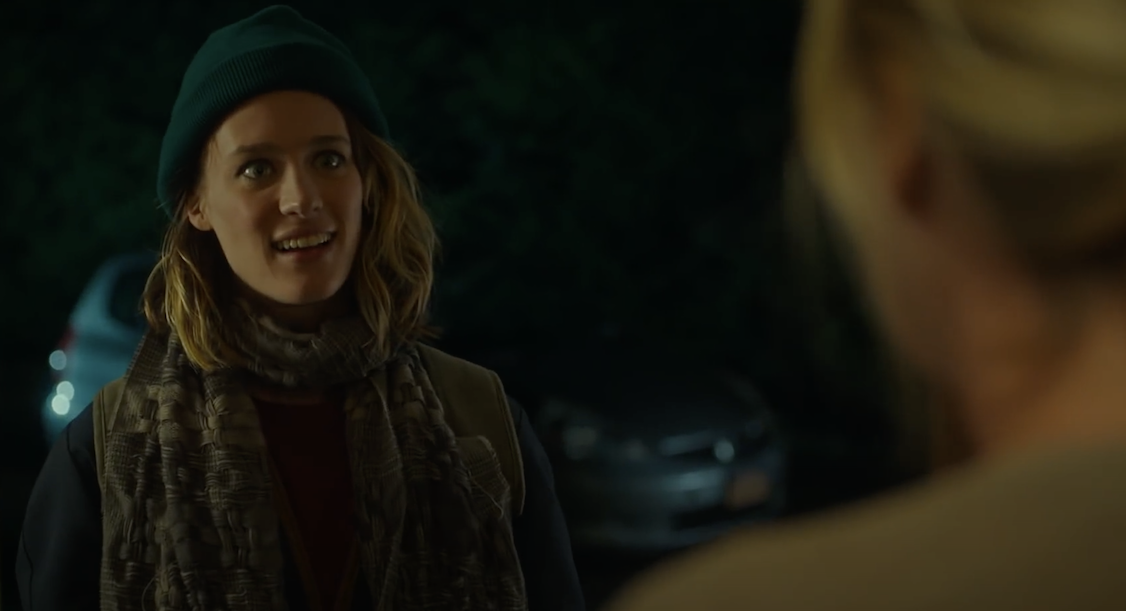 Director Jason Reitman and screenwriter Diablo Cody have formed something of a cinematic dream team since their first collaboration on Juno in 2007. The pair have worked together on three other projects since, with Reitman producing Jennifer’s Body in 2009, which Cody wrote, while directing a further two of her screenplays in the past decade, with their latest effort, 2018’s Tully, producing the most magic since Juno.

Charlize Theron, who leads her second Reitman/Cody film since 2011’s Young Adult, plays Marlo, a wife and mother in her forties who is expecting her third child. Neither she nor her husband Drew (Ron Livingston) had planned the latest edition to their family, and with both jaded from raising their other children and providing for the household, Marlo’s affluent brother offers to pay for a night nanny as a means of relief. While hesitant at first, a defeated Marlo eventually concedes, hiring Tully (Mackenzie Davis), who not only makes caring for her newborn easier, but helps improve her life as a whole.

I admittedly had my reservations with Tully in its opening moments, but once Marlo and her family visits her brother in the opening act, who can’t help but parade his wealth, the dramatic tension is ramped up considerably throughout, with a moderate amount of humour thrown in for good, effective measure. What I appreciated most, though, is how it initially handles parenthood with a degree of cynicism rarely found in movies. It is somewhat reminiscent of Reitman’s Up in the Air, in that it maintains an early air of pessimism that makes the positive evolution of its lead character all the more compelling.

Cody’s writing is more restrained than usual here, lacking the same consistently punchy dialogue found in Juno, but her impressively empathetic screenplay is still peppered with unassuming gems like “His factory setting is asshole,” which helps bring the film together tonally and further proves her dynamism as a writer. Of course, Reitman’s direction delivers the final product with the level of simpatico that has come to be expected when visually realising a screenplay by Cody.

However, the performances from Theron and Davis is the glue that ultimately holds Tully together. The material’s aforementioned cynicism is a mighty fine rope on which to walk, and without the right actors the film could have crumbled despite the best efforts of both writer and director.

By this stage in her career, Theron has become a sure bet for delivering nuanced performances, but Tully ranks amongst her finest yet as she effortless depicting a woman who is both a loving mother and struggling parent on the cusp of collapse. Davis, then, arrives at the very moment her naturally charismatic energy is needed to uplift both Theron’s Marlo and the story itself, further cementing herself as one of the premier Canadian actresses to watch.

There is a seamless chemistry between the two actresses that prevails in every scene they share, an ingredient that is of untold retrospective importance only to those who have watched Tully in its entirety. Yet, in finishing Tully, there lies its most troubling flaw.

Here is a great movie packed with deft direction, strong writing, and universally top-notch performances from its cast. However, there is a great injustice in its final musings on mental health, or more specifically, post-partem depression.

Without spoiling anything, the final act delivers an unexpected turn that very much works in the grand scheme of Tully’s thematic and narrative structures, but what comes after is little more than a mad dash to the 90-minute finishing line at the expense of actually following through with what Cody and Reitman had been building towards throughout. It makes up such an insignificant portion of the film, yet its implications, sadly, are anything but, becoming a crucial part that poorly contrasts with the greater whole.