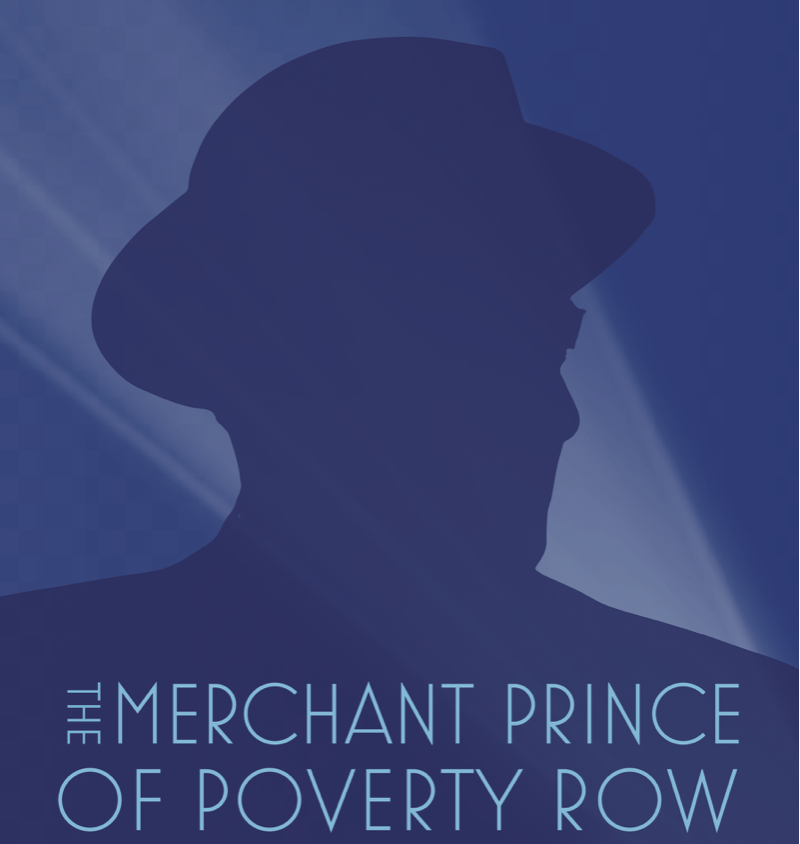 The great moguls of Hollywood’s Golden Age have dimmed somewhat in recent memory. Even the classic film fan might struggle to come up with any names beyond the most prominent of the era: Louis B. Mayer, Darryl Zanuck, Jack Warner and so on. Beyond the glow and prestige of the major studios of MGM and Warner Brothers lay the scrappy and ambitious Columbia Pictures, headed by the equally-scrappy Harry Cohn who, bearing dual titles of Studio President and Head of Production, managed to elevate his studio from the dust of Poverty Row to the glamour of Oscar Night. While often cast as a vulgar, iron-fisted tyrant (a personality allegedly parodied in Columbia’s 1950 hit, Born Yesterday), there is naturally more to King Cohn’s story and its all told in the eminently readable The Merchant Prince of Poverty Row: Harry Cohn of Columbia Pictures by Bernard F. Dick.

Hobbled by the lack of adequately archived studio files, Dick’s 1993 volume (now re-issued in paperback) uses every other tool in the shed to unearth the man behind the credit, utilizing everything from industry journals to eyewitness accounts to a treasure trove of inter-office teletypes to paint its picture. Unlike his fellow producing peers, Cohn didn’t gain any serious interest in the film medium until nearly his early thirties, having spent his 20s as a song-plugger, trolley car conductor, and pool-hall hustler. Inspired by (or perhaps jealous of) his older brother Jack’s success as a film editor and emerging producer, Harry entered the business proper in 1919 producing a series of shorts with his brother. The two formed the CBC Film Sales distribution company the following year with partner Joe Brandt. Six years later, CBC would be rebranded as “Columbia” when the company segued more and more into film production. Eight years after that, Harry would be both President and Head of Production, a position he would maintain until his death in 1958.

After this chronological setup, the book switches to a more contextual analysis with various facets of Harry’s leadership examined in depth. From his hierarchy within the studio and how he worked with (or didn’t) with independent producers, to his endless battles with industry censors at the Hays Office, to how his working relationship with Frank Capra had a lasting impact on the studio’s house style.

The fast-paced volume is packed with the sort of critical analysis that film snobs will eat up along with plenty of hard facts and figures for for the dedicated film geek to crunch including budgets, star salaries, etc. Among the most valuable info presented here is how Harry pushed and prodded his writers and directors to make the best movie possible, resulting in critical and commercial success like All the King’s Men, Born Yesterday and From Here to Eternity. Rounding out the package are carefully curated snapshots of Harry at work and ample appendices including a hierarchy chart and Harry’s eulogy as written by Clifford Odets.

Merchant Prince makes fine lemonade out of the lemons it had to work with. Even with incomplete archives, this is about the best you could get to know Harry Cohn without resorting to time travel. I’ve always found that the opportunity to peek under the hood of the film industry enhances the experience of its movies rather than diminishes them. I’ll certainly never watch Born Yesterday the same way again. Highly recommended.

The Merchant Prince of Poverty Row: Harry Cohn is now available in paperback form from University Press of Kentuckly on Amazon and other retailers