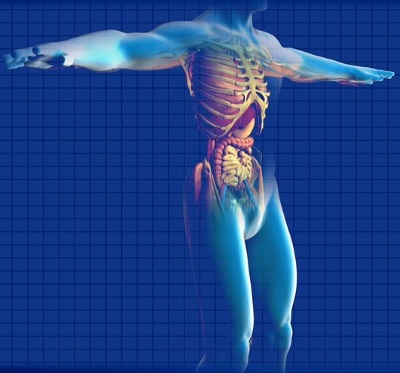 If you ever had to take something to the extreme, such as dealing organs on the black market, would you do it? This particular issue is addressed in full length feature The Harvest Project.

The film begins with surgery as part of medical school. Professor Morteyz (Sebestien de Castell) demonstrates the operation for some of his students. One, named Anna (Krystal Vrba) gets queasy. Her brother Kyle (Sebestian Gacki) is a bit out of control himself.

Meanwhile, retired Detective Tzume (Willis Taylor) returns to the police station, where he meets the new detective Jones (Jay Danziger), who needs help in finding out the mystery behind some organ harvesters. Tzume, understanding the issue himself, goes to meet his daughter Rose and hopes that she will stay alive.

Kyle brings home a girl named Samantha (Tawnya Ritco) that he meets at a bar, and later on she wakes up in a tub full of ice. Samantha is transported to the hospital where Tzumi meets her to ask a couple of questions. Samantha is too drugged to talk, so Tzume steps out for some air.

Later on that evening, Kyle and his arch enemy  Shawn (Nigel Vonas) meet to talk about the private business they work on, and Shawn demands Kyle work with him. Over at an all-night cafe, Detective Tzume ends up discovering a dark secret about the homeless and goes to investigate the sewer system where he finds medical equipment. Tzume eavesdrops on the homeless — and he discovers the black market of organ donors, and who the real operator is.

This was an elaborate story that focused on a serious situation, plus the emotional factor of a little girl needing medical help. A very serious issue today, and the movie really shows how much of an issue this can be. A bit confusing, but it was okay. Around the halfway point, things got a little more emotional and unsettling at the same time.