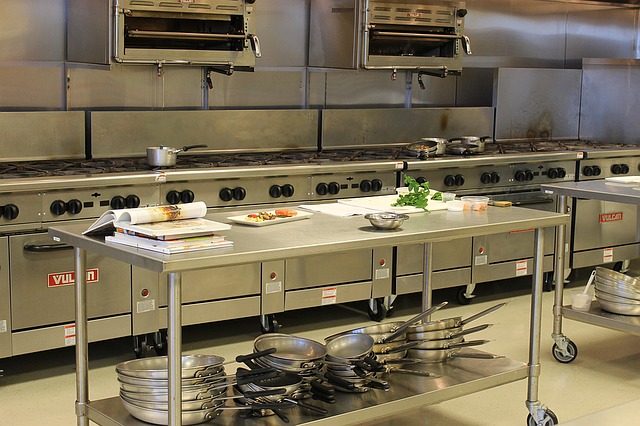 With Telus Storyhive coming around again, it seems only necessary that I review a submission that has come out recently. The short is none other than The Dishwasher, by Matt David Johnson.

Now I know what you’re thinking, why would anyone want to see some film about an appliance. That’s ridiculous. Why would you think that? Oh, maybe you weren’t thinking that? Well, I don’t know if you were or not. But I know this, it’s about the other kind of dishwasher. The guy who works at the back of a restaurant and does all the dishes because customers don’t have to.

But this Dishwasher wants to move forward and be someone better, like the restaurant’s chef. This is confirmed when after his work day he manages to sneak through the back door after closing time, so he can don an apron, play some music, and read up the fundamentals of culinary art while trying to become a master. And yes, the keyword is “trying.” He’s already botched his masterpiece by the sound of the smoke detector.

After a failed attempt, our dishwasher gets on his bike and leaves, meeting a local streetwalker who seems a little too interested in him. When he lets her sample his food, she critiques. And soon this starts an interesting culinary bond between them as he plans to give her more of his efforts.

It’s amazing what can get accomplished in a 10-minute film with very little dialogue. The ominous lighting at night was a clever touch as well, and it’s interesting to have a concept that studies the life of someone who wants to make themselves a much better place in the world, specifically a dishwasher. A very unique story that shows the battles some of us have to deal with from time to time.