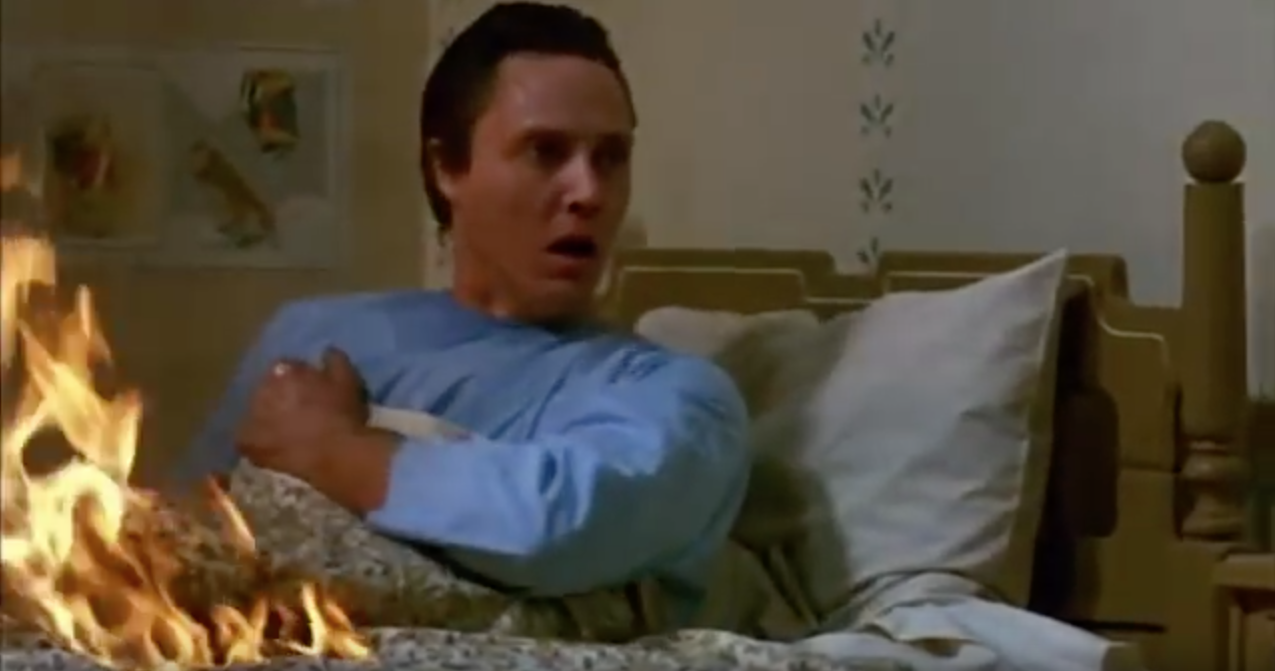 1983 was an important year for David Cronenberg. Last week I reviewed the first of his two films released that year, Videodrome, which I found to be a great artistic leap for the director from his previous features, showing instances of the narrative and (in particular) visual brilliance he is now recognised for. Given Cronenberg’s clear growth as a director here, I was nothing but compelled to dive right into his second directorial release of 1983, The Dead Zone. What I came to find, aside from further proof of Cronenberg’s burgeoning maturity as a director, is a film that is not only the director’s most commercial release at the time, but also one of the finest achievements in the depiction of character in his entire career.

The Dead Zone is an adaptation of the Stephen King novel of the same name (who has just got to be the most adapted author of all time by this stage), telling the story of Johnny Smith (Christopher Walken), an English teacher who falls into a coma following a terrible car accident. After waking from his coma five years later, Johnny is horrified to find that he has not only lost both his job and the love of his life, who is now married to someone else, but he has also gained supernatural psychic abilities and foresight from the accident. Johnny must now come to terms with his new life, while also deciding how best to use his new abilities.

I would go so far as to compare it to David Lynch’s The Elephant Man, a more grounded and commercial departure from his usual surrealist fare. But just as Lynch nonetheless cannot help but imbue faint touches of his surrealist tendencies even in The Elephant Man, Cronenberg similarly cannot resist implementing one instance his passion for body horror…and one instance is all it is. Jeffrey Boam’s screenplay does not demand many feats of visual wizardry, and certainly none that would be considered the norm for Cronenberg. Freed of his sometimes-damning commitment to body horror, Cronenberg can focus more of his energy on character work, to wonderful effect.

This is a deceptively simple story whose lead character, Johnny, is typically heroic, at least going by storytelling convention (the film’s three act structure is all but marked in the sand). This may sound like a tired formula, but for a director like Cronenberg, whose depiction of lead characters is usually marked by some nihilistic commentary on the subject of human nature, it instead stands as a refreshing and captivatingly poignant character arc. This is all without even mentioning the immense Christopher Walken, who adds necessary depth to the role, portraying a good man who willingly suffers for the good of others, but is nonetheless occasionally torn in the process.

All these elements add up to the David Cronenberg I know and love; a director who is just as concerned about his characters as he is about anything else happening onscreen. Cronenberg no doubt owes a lot to 1983. The Dead Zone, as well as Videodrome, are clear artistic precursors to 1986’s The Fly, Cronenberg’s masterclass horror, where he finally achieves a seamless combination of commercial sensibility, like in The Dead Zone, with his trademark blend of physical horror and gore found in Videodrome. I don’t want to sound cliché, but it really is a privilege watching a talented director’s potential unfold in this way.