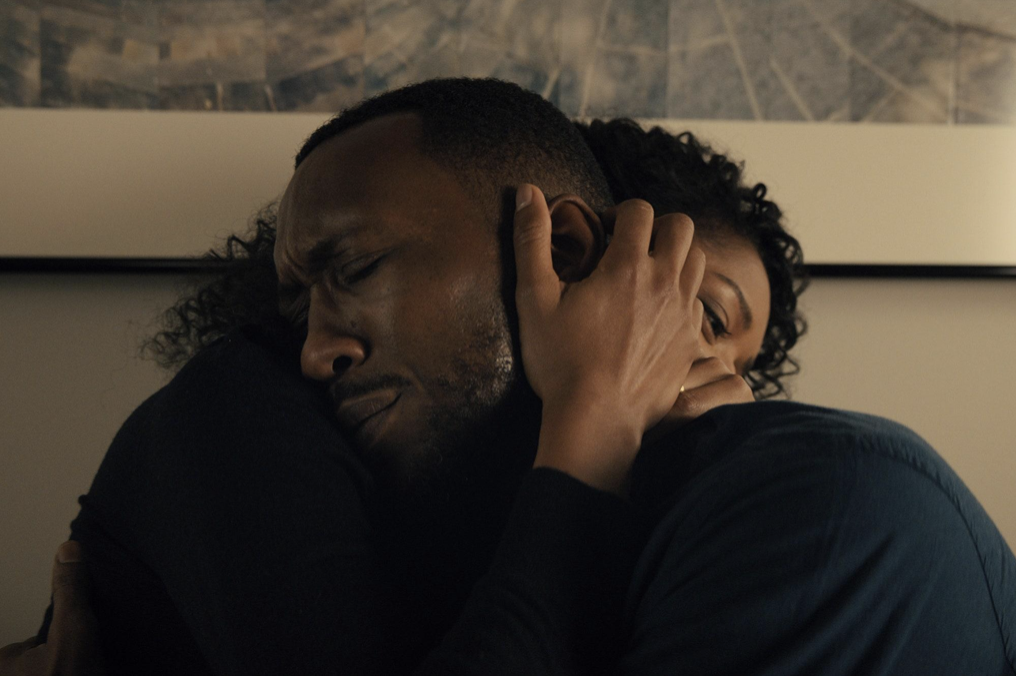 If our bodies can be cloned perfectly, right down to the molecule, does that mean our soul, our very essence, can be copied too? While human cloning remains illegal in much of the world, the subject and its ramifications are rich soil for the science fiction genre to toil in, from the hit TV series Orphan Black to the classic Michael Keaton comedy Multiplicity. Writer and director Benjamin Cleary tackles the subject through a Black Mirror-inspired lens in his latest work, Swan Song.

Cameron Turner (Mahershala Ali) has a lucrative career, a loving wife (Naiomie Harris) and a growing son (Dax Rey). He also has a terminal illness which he has so far kept secret from everyone in his life minus a team of scientists sequestered deep in the mountains. Led by Dr. Jo Scott (Glenn Close), this clandestine group has cracked the miracle of human cloning with the apparent goal of “switching” a clone in for a dying subject, without the subject’s family ever knowing the switch was made or that their loved one has in fact died.

Having generated a clone for Cameron temporarily dubbed “Jack”, the team works to sync Cameron’s memories with his substitute and eventually assimilate Jack into his life, hoping wife Poppy and son Cory don’t notice the switch. But as the testing continues, Cam begins to have second thoughts about the procedure, wondering if it’s truly best to come clean about his impending death or spare them the grief by ceding his earthly existence to a substitute who is identical in every way.

Swan Song is science fiction at its best, using future technology to tackle and unpack present-day problems. Cleary takes his time unfolding the story, easing the audience into this not-too-distant future (it resembles our reality, only with holograms and driverless cars). The film raises serious questions about the ramifications of scientists playing God and whether human individuals are as unique as we think we are. While I personally disagree with the film’s apparent conclusions, I respect the deep dive enough to only dock a single point.

Ali once again commands the screen in his dual roles of Cameron and Jack. He’s one of those few-in-a-generation actors to be able to convey worlds of meaning within a single look. Every doubt, hesitation and regret registers off the chart and you can’t help but feel the anguish as if you yourself were in his shoes. The supporting cast of Harris, Close and Awkwafina complete the illusion with the latter deserving special mention for nailing the drama and shedding her “quirky sidekick” image. Cinematography, score and VFX all work in seamless service of the story and even the slow pace works in the film’s favor. Not every story needs to run at ruthless efficiency.

The best films are the ones that expand the mind and lead to the most robust post-film discussions. This can happen with blockbusters (the latest Spider-Man led to a long post-film dissection among my friends), but is more common with more focused and personal works like this one. It’s rather frustrating that this Vancouver-shot (but alas, US-set) film has been confined to smaller streaming screens when it merited a larger canvas. Could have swapped places with the latest Matrix anyway.

Swan Song can be streamed exclusively on AppleTV+