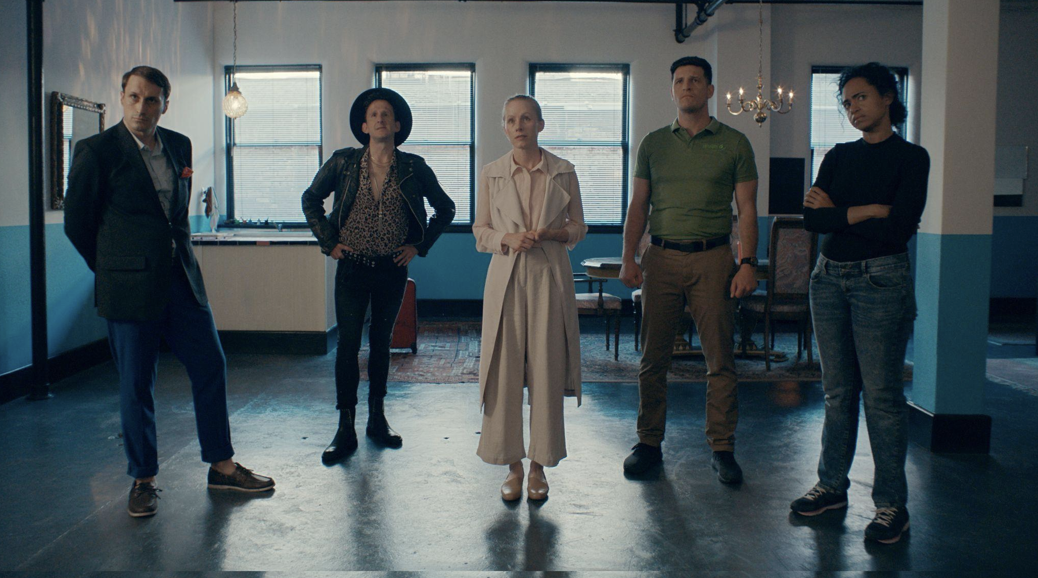 We’ve all entered contests, sweepstakes, draws and lotteries in our lives, hoping to be among the lucky few to win the grand or even runner-up prizes. I even had a theory in my youth that one could forgo working for a living and do nothing but enter contests as simply entering enough of them would result in enough wins to support oneself. But one such contest that only seems to occur in fiction is the “Mystery Invite” competition where your average Joe or Jane is approached by a mysterious figure who offers them entry to a high stakes competition with a magnificent prize awaiting the last one standing. We’ve seen it in comedies such as Rat Race, sci-fi dramas like Squid Game and now in an oddball indie, Stanleyville.

I know not where exactly the titular “Stanleyville” is, but the opening suggests that it is situated in modern day Germany which is where we meet protag Maria Barbizan (Susanne Wuest). Stuck in a cold corporate environment at work and a suffocatingly grating suburban existence at home, Maria is inspired to literally dump all the trappings of her mundane existence into the garbage and begin life anew.

While plotting her next move at the local shopping mall, she is approached by the gaunt Homunculus (familiar character face Julian Richlings) who informs her she’s been chosen to participate in an “platinum-level exclusive contest” of vague origin. The take home-prize is an orange SUV, but the true prize is the challenge of achieving “authentic personal transcendence”.

The game consists of 8 rounds of challenges with whomever wins the most rounds declared the winner. The games are rather silly to start with ranging from blowing up balloons until they pop to composing an “international anthem”. But as you might expect, bodies will start to hit the floor sooner or later either via the challenges themselves or underhanded tactics of the competitors. Either way, be careful what you play for.

Veteran actor Maxwell McCabe-Lokos (best known for 2013’s The Husband) stays behind the camera for his debut feature which manages to stimulate the senses with its wry wit and subtle absurdity. The film doesn’t waste much time explaining how these seemingly international competitors all ended up in Germany or just who the hell is behind the contest (Homunculus registers as merely a pawn). The game seems like a universe unto itself accessed by invisible portal.

The film smartly keeps things tight and the characters distinct with concise types and motivations. As protagonist, Maria is the odd woman out as she seems to be the only one relishing the experience of competition rather than charging ahead with eyes solely on the prize. Wuest is an effective avatar for anyone who has had the sudden urge to reinvent themselves and inhabits Maria with a determined detachment.

Cinematography and set design get high marks not for flashiness, but for refreshing simplicity that brings the key elements into sharp focus. There’s no shaky cameras or ostentatious decoration to take away from the stark realities of characters in a mental cage match.

Stanleyville manages to effectively cross the suspense of Squid Game with the absurdity of Luis Buñuel. It’s puzzling enough to give viewers pause, but intriguing enough to merit repeat viewings, which is easy enough given the film’s brisk 88 minute runtime. But most importantly, it reminds us that the high stakes contests are also the least worth winning.

Stanleyville is currently available On VOD including AppleTV and Google Play