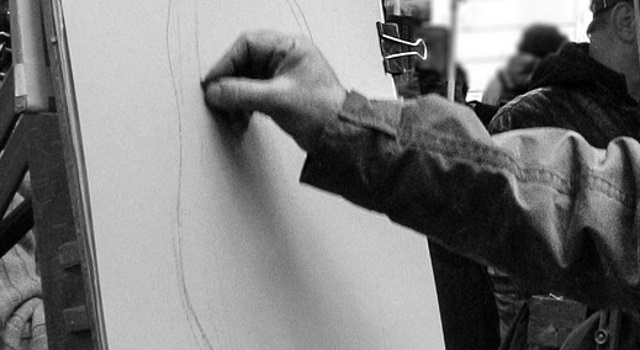 Spaces, Spaces that need to be filled…

Yes, that’s actually the first line of this four-minute film. Already our protagonist (Sam Pepper) seems crazy. Oh wait, he’s not a protagonist or crazy, he’s one of many characters. A painter if you will.

Oh well, we then cut to a cowboy janitor (Michael Clark) cleaning up a hallway and looking back at his past when he was bull riding at a rodeo. The camera turns back to our first guy who tries to explain the painting he made to his dog, talking about the different colours.

Eventually the film wraps up. There wasn’t much plot or explanation or even character development with the occasional swap to a shot of something somewhat relevant. It may not seem like much but it’s an artistic way of showing how some people view life and the spaces within it. While the grayscale makes things hard to see at times, the point was still made clear and the film was very simple with a complex meaning which made it stand out.