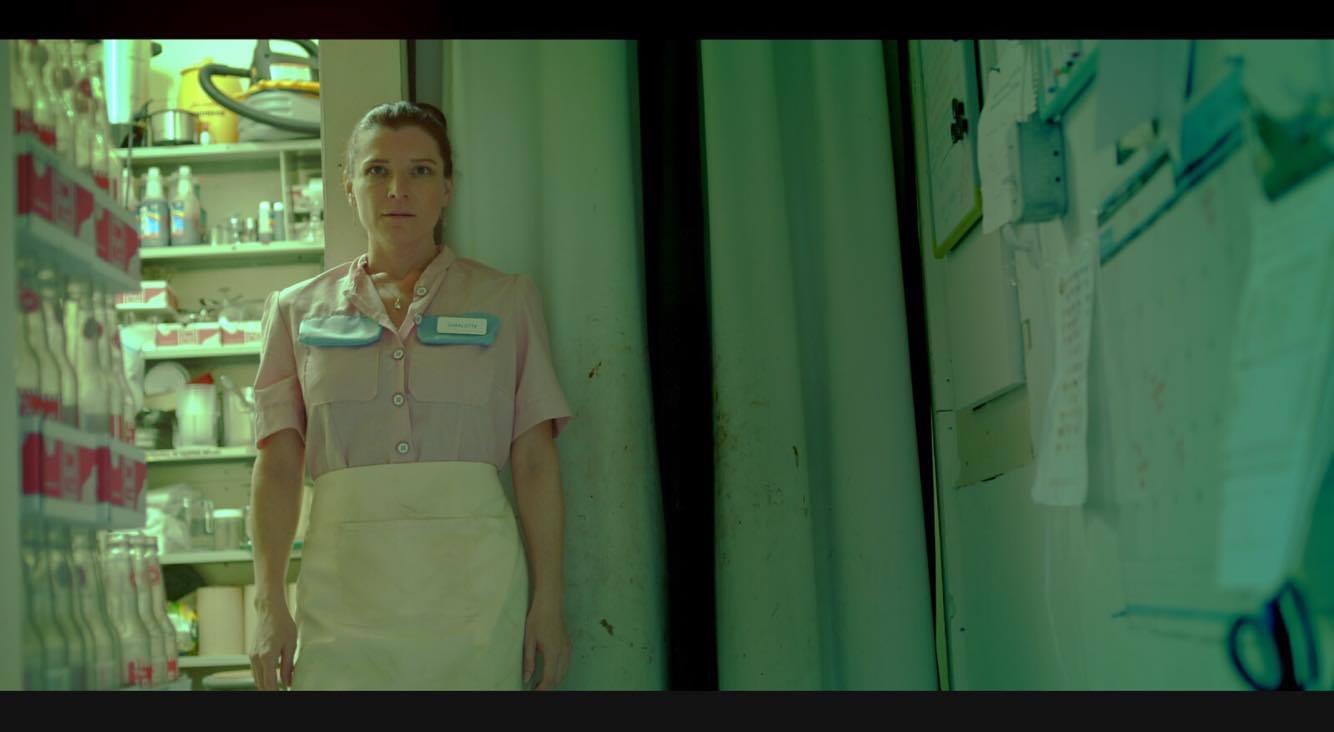 Charlotte’s been slinging the same greasy food and lukewarm coffee for what feels like decades in this anachronistic-themed restaurant, and this film is about her relationship with its typical patron – the sleazy man “just passing through”. His name is John, a name that might as well make him anonymous at this point, which is fine considering the focus ends on Charlotte in a big way.

From the start, it’s the restaurant that springs to life, not its characters, and that feels right. You, the customer, are probably more attracted to the roadside diner you’re about to pass than those who work inside it. The workers seem uninteresting until you force yourself to know about them and their complexities.

Jennifer Kaleta, who plays Charlotte, the sole server on shift, wears her life-battered, downtrodden personality well. She gives John, played by Chris Cope, almost no time of day until she realizes what she might be able to do for him, or to him. John, enthralled with Charlotte from the get-go, works some corny old-fashioned charm that he thinks gets her attention. Rather than clichés, these story elements feel like calculated homages from the film’s unique writer-director Alexis Makepeace.

Although at first it may feel like there’s too much space between Charlotte and John in a film that’s clearly about the two of them, the story builds at a quick pace with a payoff that justifies its initial slow burn.

The cinematographer (Julia Gao), production designer and art direction (Karina Centeno and Sam Myers, respectively), and the colourist (Kyla Hawkins) deserve a lot of credit. The colours, bold shot choices, and forced perspectives allow this story to take place out of time, making the anachronisms I mentioned feel like logical parts of a surreal world rather than pure fantasy.

A final aspect that helps ground the story is its relevance to today – despite the incredible decade blends of costumes and props (Dylan Koch) – is the way it subverts its form and embraces a feminist stance.

It’s difficult to explore Sorry, We’re Closed in full as it would give away the major plot points that set it apart from a more typical diner will they-won’t they, but suffice it to say the success of the film hinges on Makepeace’s ability to transition the piece from one genre to another.