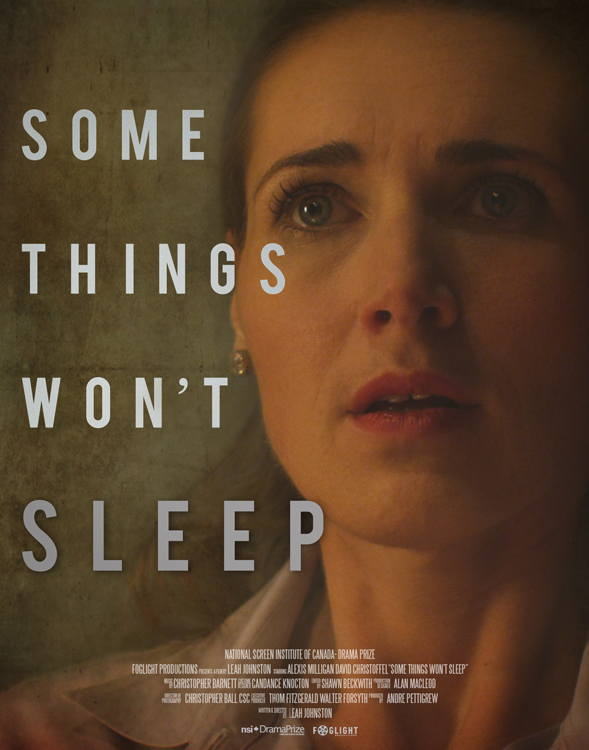 This is pretty much what I say on occasion myself.

Our film starts with a creepy intro narrated by a woman as she sits out in a forest, then starts to bury something. After a basic title card, we cut to the woman coming home and checking the mail — until she hears her husband cheating on her with another woman.

Instead of confronting the two and filing for divorce, because that’s what a woman with common sense would do, she takes things to the extreme by killing the other woman and burying her. And everything continues to go as planned. Or at least it should, as there’s two kids in the family and everyone has to try and enjoy life. But the woman is feeling uneasy no matter what. Something about her husband is off, at the very least. Or perhaps something about her is off and she can’t see things right anymore.

Whatever the case, Some Things Won’t Sleep is an artistic way of showing that no matter what you do to get rid of a problem, somehow it comes back to haunt you. The visuals are chilling and fine in detail even if a bit messed up at times. Add some unsettling creepy music in the background and that’s what completes the film. The story itself is one that everyone can relate to, whether it be cheating or being unable to shake off that one uncomfortable feeling you get. It’s not easy to forget a mistake you made, but that probably should’ve been the husband’s problem in my opinion, just saying.